Simply new potatoes with butter, try serving up the first potatoes as a dish on its own. Simply whipped fluffy butter with warm potatoes, a true delicacy.

In Sweden the premiere of the new potatoes is a big deal and it is a must to have to the herring for any mid summer party in Sweden. Usually you start to find them in stores around may or early June and once they are here there is no turning back. We use them for all types of food, roasted as a side for meat or fish, boiled with dill to any meal where you would serve potatoes. The only thing you can´t make is mashed potatoes, we’ll leave that to the winter varieties.

When growing up my father always used to eat his new potatoes with a little bit of butter on the side, cut a piece of potato and then smear on some butter and letting the butter melt on the hot potato in the mouth. That simple way of eating potatoes is simply amazing and deserves a dish on it’s own. So here it is, simply boiled potatoes served with butter, thought I whipped the butter with a little bit of oil and some extra salt and serve on the side as a potato dip, the Swedish version of chips and dip perhaps.

The recipe doesn’t come with any measurements, I think about 4-10 potatoes for each serving is enough. The potatoes should be about the size of cherry tomatoes or maybe a little bit bigger. 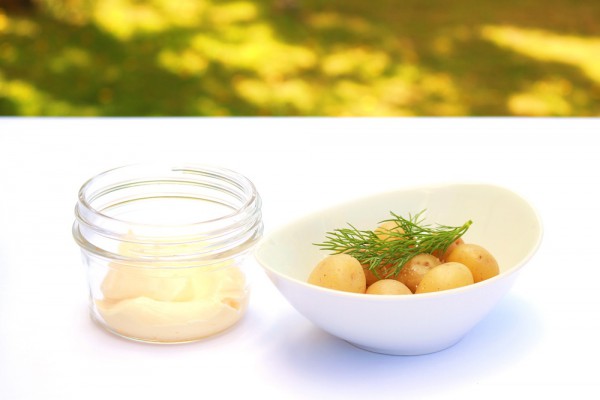 Wash and scrub the potatoes, boil in salted water with fresh dill until done. In a mixer combine butter, oil and salt and mix until fluffy. I used about three parts butter to one part oil and salt according to taste. 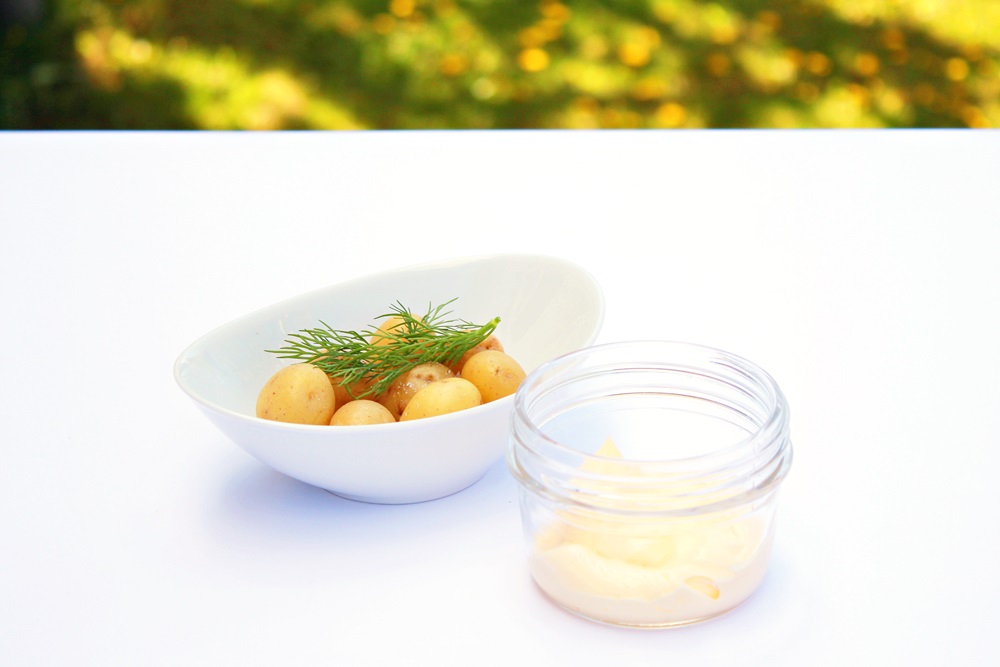