I love podcast and have for a few years now, they are the perfect company when you’re doing something alone and don’t want to listen to music. Personally I prefer to listen to them while driving alone or doing some sort of work around the house. It’s takes your mind of the often boring thing you’re doing and you’ll get to learn something at the same time. 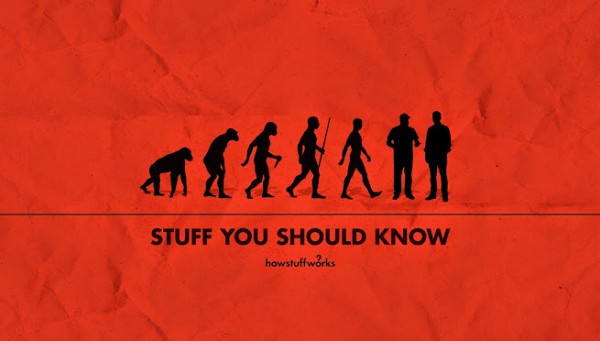 Thing is that even though my biggest interest are food none of my favorite podcasts are about food. Sure there are great ones about food out there that I’ve recommended before but today I’m recommending some great food podcast episodes about food from non-food podcast.

The two podcasts that I’m talking about is Freakonomics and Stuff you should know, both have sort of an educational theme. There are both two of the most popular podcasts around. And both have released a number of great episodes that are focused on food.

Below you can check out my favorite six episodes that is about food or drink from each of the podcasts. But I do recommend that you listen to the other episodes as well since they are almost always interesting even if you’re not a food addict. In each name for the episode there is a link to the episode on the Freakonomics or Stuff you should know podcast.

Let’s start with my six favorite food episodes from Freakonomics.

This came out on the 9th of March 2016 and in it we get a long interview with Danny Meyer on how his banning of tipping at his restaurants. Something that there have been a lot of debate on the last few years and there are many restaurants that are considering doing the same. The main reason for Danny Meyer to skip the tip is to try to level the kitchen wages are too low to hire cooks while the waitstaff’s salaries have been increasing way more. What happens when you remove the tipping? A great episode.

Should Tipping Be Banned

It could be a good idea to listen to this episode before you listen to The No-Tipping Point episode. We all have a relation to tipping and often it’s not a good one. Tipping can be uncomfortable, confusing and awkward. In the episode professor Michael Lynn teaches all he knows about tipping. And he knows a lot, he has written 51 academic papers on tipping including “Sweetening the Till: The Use of Candy to Increase Restaurant Tipping”, “Determinants and Consequences of Female Attractiveness and Sexiness: Realistic Tests with Restaurant Waitresses” and “Are Christian/Religious People Poor Tippers?” So naturally you have to listen to it. 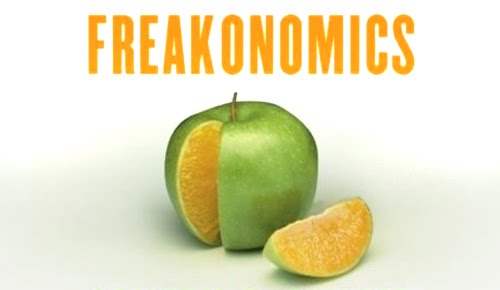 These are my two favorite episodes of all the ones I’m recommending. It’s a two part episode both about one hour long and it is worth every second. The episodes are about how American food got so bad, how it all started and how it is also getting better now. At least for some people, for other groups food in America is also getting worse. The episodes goes through many aspects of food today, nutrition, obesity, food deserts, feeding 7 billion, the benefit of organic food and much more. If you’re only going to listen to one of my recommendations this is the one, or two actually.

There’s No Such Thing As A Free Appetizer

Or is there? This episode comes from the question on why so many restaurants give out free simple appetizers like chips and salsa before the meal, sometime even before you even ordered any food. Isn’t this contra-productive? It seems that you would eat less if you’re already been given a free appetizer, right? Listen to the episode and find out.

This episode features writer J Kenji López-Alt and some of the very cool food science from his book The Food Lab. In the book López debunks quite a few myths on why we do certain things with our food and how he found out what we were doing wrong. Super interesting, in the episode we get a quick lesson from the book which you should pick up if you want to get the full experience.

The Days Of Wine And Mouses

This episode is a mash up of two original shorter versions. First part of the episode is about what influences your perception of taste when you’re evaluating a wine. Is it the grape? The tannins? The oak barrel or maybe what it costs? Turns out it just might be what you’ve paid for the wine. If you are not sure if that last expensive bottle of wine really was worth what you spent then this is the episode for you. In the episode one of the researchers is Robin Goldstein whose has gone through over six thousand blind tastings and reached the conclusion that people that are unaware of the price find no more enjoyment in the wine if it is expensive. Ignorance is bliss I guess.

The other part of the episode we follow a restaurant CEO who was accused of serving a salad with a dead mouse in it. How does a business handle a disaster like that?

Freakonomics is more than a podcast. It started when journalist and author Stephen J. Dubner wrote an article for The New York Times about the award-winning economist Steven D. Levitt. After the two had met they teamed up to write the book Freakonomics, a different look on things. The book looks at things from an economic standpoint and is written in a very funny way. Dubner and Levitt ask different questions than most economists. Like What do schoolteachers and sumo wrestlers have in common? How did the legalization of abortion affect the rate of violent crime? That is just two examples.

Since the original book Freakonomics have turned into blog, a podcast, a documentary film and the book have been followed up by three more, SuperFreakonomics, Think Like a Freak and When to Rob a Bank. I’ve listened to and read most of it and recommend it all, even when it’s not about food. 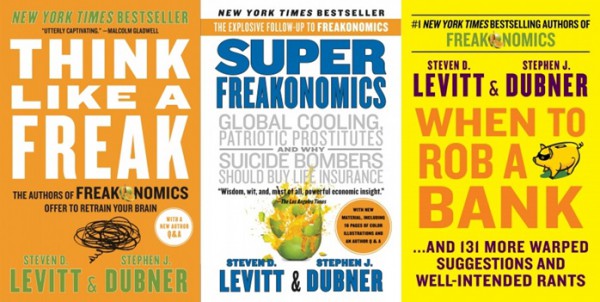 Wine fraud is way more common than you would probably guess or hope. Not hard to imagine, if you can convince someone that the cheap lower shelf red wine you have is worth a few thousand of dollars more by only switching the label there are plenty of people who want to try that. Learn all about wine fraud in this episode. And then be thankful that you’re usually drinking in the price range where there is not enough money to be made for someone to try to fool you.

One of the backsides of alcohol is of course alcoholism, in the US there are 17 million alcoholics. Not a fun number to read. Learn how alcoholism work, how it affects the body and the brain and how an alcoholic can get help. Not such a fun subject but an important one.

I have about 50 or so Pez figures in my book shelf. I got them for my children at first but they are now to old to get excited about a plastic toy with some hard candy inside. Totally unfair, who wouldn’t be excited about a Chewbacca Pez container? Learn all about Pez that actually started out as a mint that was suppose to help people quit smoking.

Turns out sushi was not invented in a shopping mall at all. No sushi goes way back to a technique on how to ferment  fish in Japan a few thousands of years ago. Starting out as a simple old fast food way back to taking on the world and becoming what it is today, this is one of my personal favorites from Stuff you should know.

Wouldn’t it be cool to really learn about ice cream? In this episode you’ll get a great roundup all about ice cream. What defines ice cream, what is the difference between sorbet, gelato and ice cream and much more including the history and how to make your own.

We put it on more or less everything we eat and if we were left without it we would die. And too much can kill us. I’m talking about our most common food additive salt. In this episode you’ll get the history of salt and how we find and process it.

About Stuff You Should Know

Stuff you should know is hosted by Charles Chuck Bryant and Josh Clarke. In each episode they dig deep in a given subject for about half an hour up to one hour. It’s chatty, relaxed, educating and fun. I’ve been listening to most episodes for a few years now and after a while you start to think of Charles and Josh as a couple of your friends that you rarely get to meet.

As mentioned Stuff you should know have been around for a while and there are a new episode every week which means that there are now hundreds of great episodes. So if you listen to this show on Itunes you should know that not all episodes are listed there. Head over to the Stuff you should know website for all the episodes where there is also much more great content and links to a number or related podcasts like Stuff they don’t want you to know, Stuff mom never told you and many others.