A is for Apple – A-Z Food Photography Project 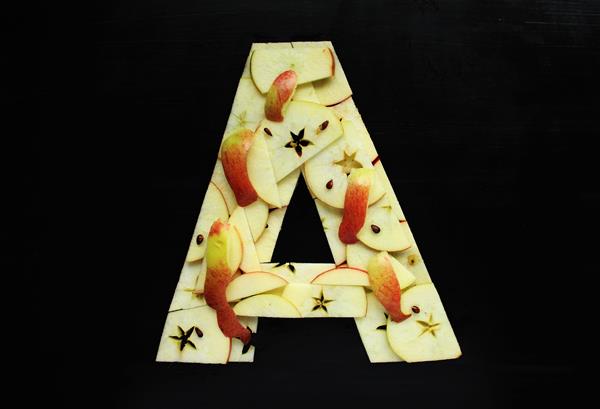 Yesterday I decided to start a new project, I’m already regretting it but since it’s now started I am gonna try to take it to the finish. The idea is to make the whole alphabet in food and photograph it. So 25 small photo projects, the start was today and this is how A is for Apple went.

I know this idea is hardly unique but that doesn’t matter, it’s fun to try something new and you’ll always learn something along the way. Like I said the idea is to create a series of food photos with the alphabet as a theme. I’m starting with A and going to Z. Each letter will represent a food item. I don’t have to stick with a certain food or type of ingredient, if it is made for eating or drinking it is allowed. Below you can read how I did it and what you’ll need to try this yourself. 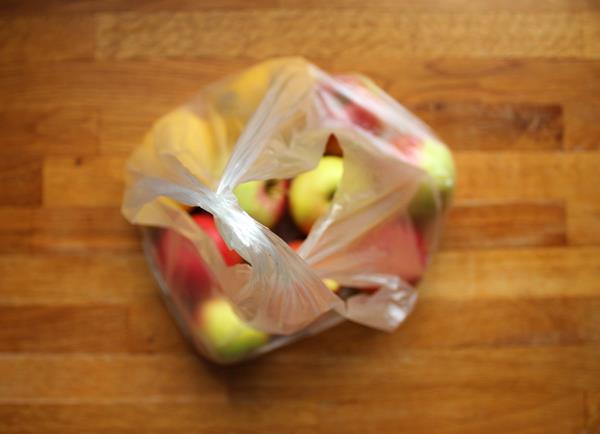 Now I am in no way a photographer but that is one of the points with this project. To hopefully learn some new skills and figure out what works and what don’t. With that said future food letters will hopefully increase in quality. If not you will be able to read a post with 25 mediocre food photos of letters in a few weeks or months. Not the end of the world.

A is for Apple

I decided to do the alphabet in order so the first letter is naturally an A. After some thinking I decided to go for Apple. They are in season, cheap and looks good. 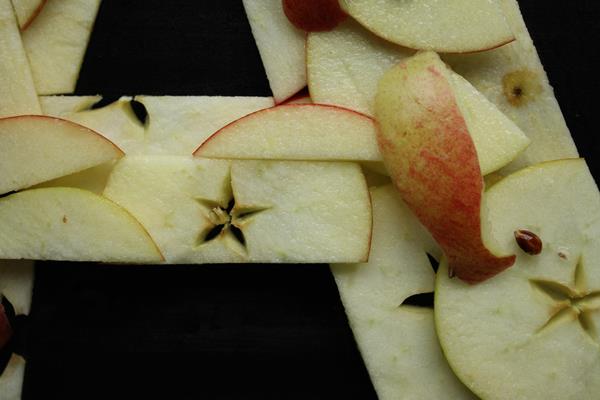 For a project like this it’s not that easy to say what you need. Below are the things I used to take these photos.

Naturally you’ll need apples. I sliced mine to make this project. The lemons are used to squeeze juice out of on top of the apple slices so they won’t become brown.

For a light source I used my kitchen window. Natural light always work best and i have a kitchen bench right by the window which is great when photographing food.

For my background I have a big black board, it’s a piece of wood painted with chalkboard paint. Super cheap to make and I use it for a lot of still life photographs. One good thing about it is that it can take some water and heat. So it is easy to clean and can be reused for a long time. 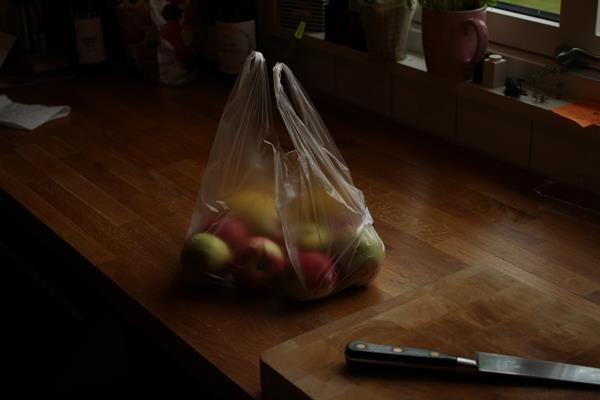 I printed a stencil for a big A to have something to guide me. I didn’t cut the apples exactly like the stencil but it was a good guide to have. Scissors was to cut out the A and the knife was to cut the apples into slices.

You’ll of course need a camera, I use a entry level Canon DSLR, in Europe it’s called the EOS 700D, in the US it goes under the name Rebel T5i. I have a variety of lenses but for this project I used the Kit Lens, a standard 18-55 mm. This is not really important, as long as you’re not selling the photos or want to print them in a big format a good phone camera or more or less any digital camera works fine. 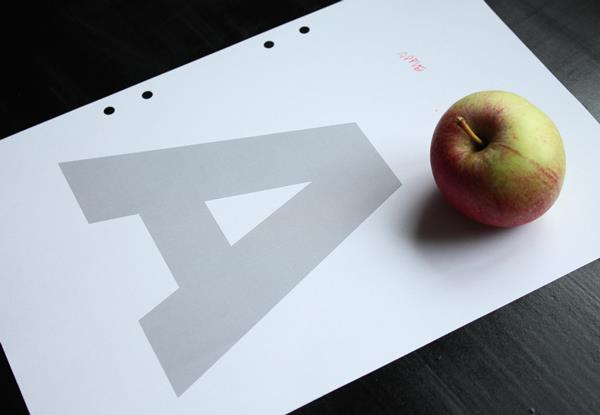 Last but in no way the least important are patience. I regretted starting this about halfway through my A. But I still have 24 other letters to make and it’s kind of fun on the way.

Making the Apple A

First I set up all the stuff I needed, cleaned my background, prepared the camera and brought out my apples and lemons. I sliced apples in thin slices and squeezed some lemon juice on top to keep it from getting brown. 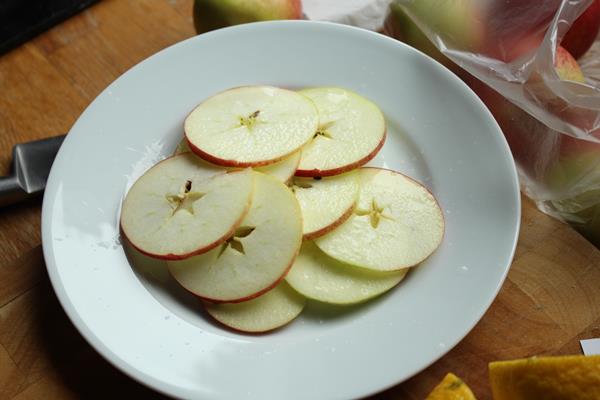 Then I started arranging the slices in an A shape and cut each side to make it an A. This will be when you’ll need your patience. A move to fast or a bad cut and all the pieces will move and it won’t look like an A anymore. Super frustrating. I almost gave up a few times. 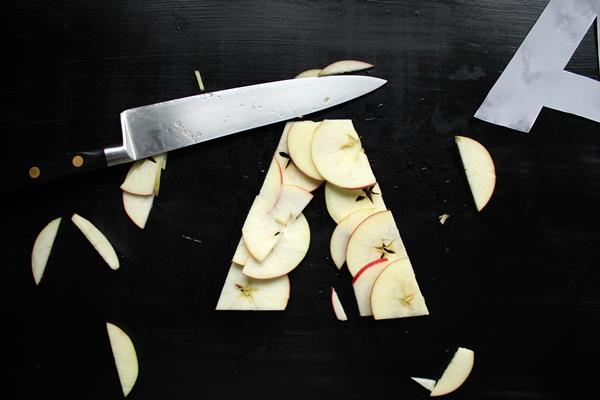 After some time I finally had me an A. So I photographed it and I was done. Before publishing the apple I adjusted the lighting and contrast in the computer and the result is what you can read and see in this post.

I think the result is ok but not more. But that is part of the idea, to see what there is to learn and hopefully get better. You can also follow this project on Instagram under the tag #atozinfood where some of these photos will be published. That is on our Instagram for Ateriet that you’ll find at @AterietFood.

So follow us to stay updated on these food lettering, there are also a steady stream of other food photos coming so it is not only about food lettering. 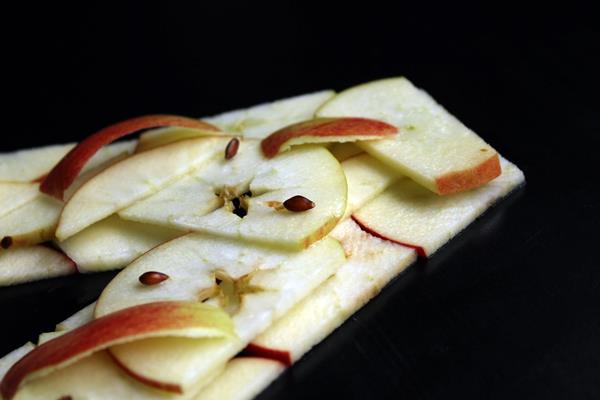 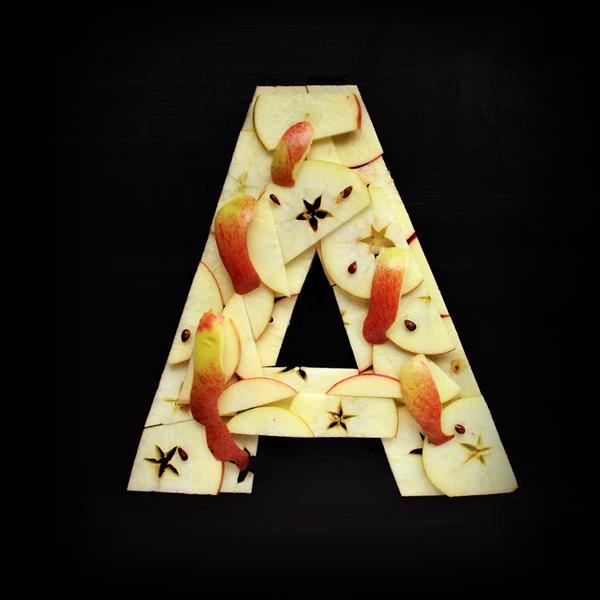