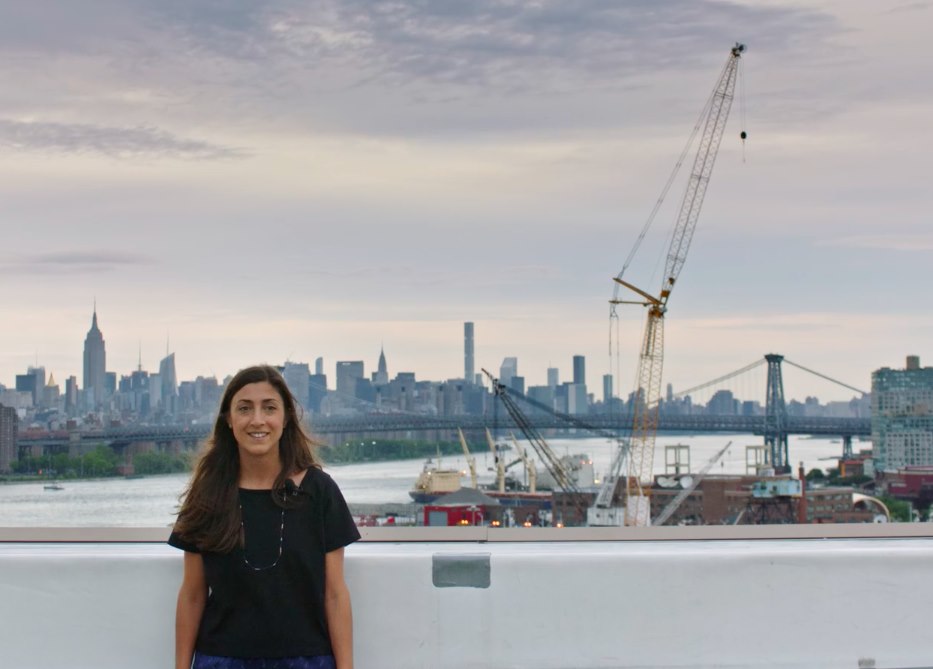 Anastasia Cole Plakias is one of the founders of Brooklyn Grange Rooftop Gardens, the largest rooftop garden in the World. I’ve got the chance to chat with Anastasia about how it all got started, the future of urban farming and why we should look outside the big cities next time someone in the World of food deserves attention.

In addition to all this, you can also watch the new 25-minute documentary 10 Stories About Food Waste which is a new film released by Electrolux about the fastest growing food trends of today and how we will consume food in the future. In the documentary, you’ll meet not only Anastasia Cole Plakias but other food pioneers like Dan Barber, Tristram Stuart and Johan Jörgesen. Now let’s talk to Anastasia.

Your one of the co-founders of Brooklyn Grange which has the largest rooftop garden in the World, how did it all start?

Our community of urban dwellers is hungry for opportunities to form connections not only to food and farming, but more broadly, to nature. My co-founders and I started Brooklyn Grange in response to that need.

We believe that urban farming has the capacity to monetize the creation and maintenance of the green spaces that cities sorely need, and moreover, that rooftop farming has the power to drive positive change.

Besides commercial rooftop farming the project is also a lot about educating and being sort of a community service, do you think that is the key to success? I mean both being able to create a profit on the farming as well as spreading knowledge at the same time?

Yes, Brooklyn Grange owes a tremendous amount of our success to the support of our community, who stand behind us because they feel involved and engaged with our farm. If we wanted to farm in a vacuum, we would have started a farm on less expensive land somewhere more remote. We farm in the city because of the opportunity doing so affords our community members to connect with food and nature.

You also provide rooftop farming educations and help others get started. Do you think that is necessary to make rooftop farming a bigger alternative to traditional farming instead of trying to expand on your own?

There are no “instead-of” in our business. We need to mobilize every possible avenue available to create the green spaces that cities sorely need, and grow the food required to feed our growing population. To that end, we’re both expanding our own growing area–we’re building a massive third site in Brooklyn next year–while also designing, installing, and often maintaining gardens, farms, and green spaces for third parties.

But no matter how many urban farms we’re able to create, we don’t see ourselves as a replacement for traditional farming. There will never come a day that food is grown in cities “instead of” on traditional farms, though we can become more self-sufficient than we are at present. We will always need our rural counterparts, and traditional farms should be celebrated and supported by the urban communities they feed. 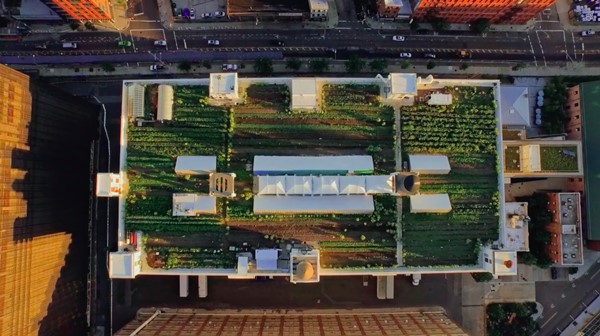 How hard was it to make the business profitable?

Making and keeping our business profitable takes thought and work, but by keeping detailed records of our economic activity, we were able to observe trends and identify growth areas of our business in which to invest. We let the numbers guide us in the early years, as well as the community, who were quite vocal about what activities they desired to see us hosting on our farms.

There are few aspects of our business which aren’t challenging. Fortunately, our work is also deeply rewarding, which makes the challenges a lot easier to get through.

Compared to something you would get from a regular supplier, do I have to pay more for something grown by Brooklyn Grange?

Our vegetables are priced commensurate with those of other farmers selling products in the local market. However, by selling directly to our customers, rather than through a middleman, and distributing our product ourselves, we are able to capture a greater share of each dollar spent on our crops. 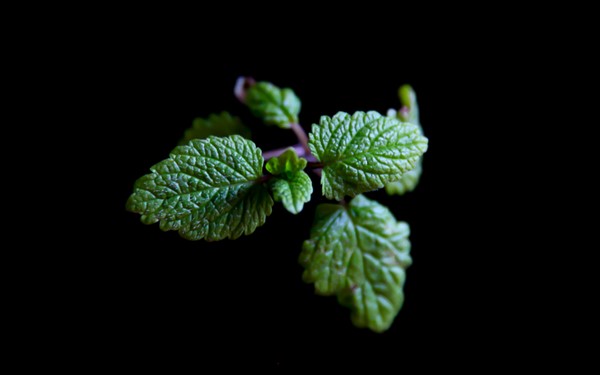 What’s your favorite thing you grow?

I personally love our herbs. Because we pick them fresh, there’s a higher concentration of flavour–and health benefits.

Are you constantly frustrated by seeing both old and new buildings with unused rooftops?

When we see buildings with unused rooftops, we see opportunities! Even buildings that can’t support the weight of the deep soil necessary for food production can still be put to use in some other way.

They can be covered with a thinner layer of soil and planted with natives that create wildlife habitat, or even simply painted white to reflect sunlight instead of absorbing it and emitting it at night, which contributes to urban heat island effect. We prefer to get motivated rather than being frustrated! 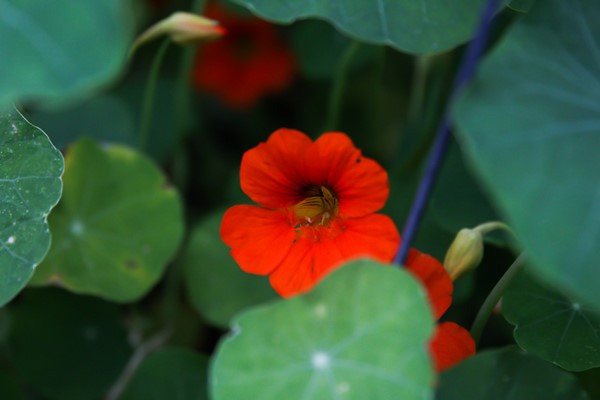 There are more green buildings being built now more than ever, is that something you are trying to influence as well, that new buildings are more adjusted for growing from the start?

We are often approached by developers who want to include some sort of growing space on their building. Unfortunately, they typically approach us once the designs have already been created and filed, at which point it’s too late to adjust the plans such that they will be conducive to a rooftop farm, garden, or greenhouse.

But that is starting to change, and we are now working with architects and developers on the initial design of buildings to ensure that they can incorporate green infrastructure, and if possible, edible landscaping. 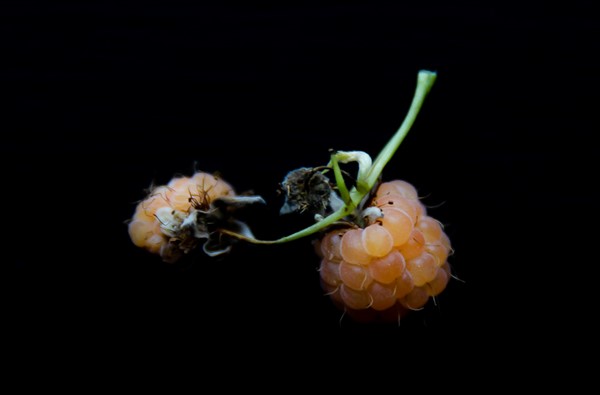 You left the restaurant business to start Brooklyn Grange, do you ever miss it and can you see yourself going back in the future?

What I loved most about the restaurant business were the people, and we have such a wonderful community at and around Brooklyn Grange that I feel more fulfilled in this regard than ever. I was also drawn to restaurant work because I love feeding people, but you’ve never met a more appreciative lunch guest than a farmer fresh in from the field after a long, hard morning of work!

Who in the world of food do you think I should interview?

There’s a farmer in Central New York named Lorraine Lewandrowski who has been advocating for the dairy farmers in her community for decades.

That region produces much of New York City’s dairy, but because of the way we price milk in this country, compounded with the decline in liquid milk consumption, it has become increasingly difficult to make a living as a dairy farmer. It is unglamorous work, without the sexy city skyline views of our rooftop fields, but the dairy farmers of Central New York state produce a far greater number of calories for the five boroughs than urban farmers do.

Yet here we are, being interviewed, while our colleagues upstate are not given the same opportunity to have a voice. Sure, it’s more pleasant to think about covering the rooftops of New York City with farms, and we all love the optimism and hope that comes with urban farming, but we also need to consider that the death by suicide rate of farmers is currently double that of military veterans.

There’s nothing wrong with being hopeful about the contributions urban agriculture can make to the future of food, but we need to consider in equal measure the challenges faced by traditional farmers, and lend as much of our voice to their plight as we do to the ambitions of urban agrarians.

Cities will always rely on our rural counterparts to produce the bulk of our food, and when the price of a bushel of wheat is less than the retail price of a loaf of bread, it would suggest there is a major problem with the structures our food and farming systems currently have in place.

Thank you, Anastasia, for your time and keep farming.

If you want to know more about Anastasia Cole Plakias and Brooklyn Grange you can visit them online here. Last year Anastasia released a book about how Brooklyn Grange was started on how it came to be what it is today, find the book here.

10 stories about food waste is a documentary created by Electrolux together with food- pioneers Dan Barber, Anastasia Cole Plakias, Johan Jörgesen and Tristram Stuart. Its goal is to inspire people to live more sustainable in order to reduce food waste and the negative effects it has on the environment. The 25 minutes long film is exploring the fastest growing food-trends of today and reflects upon how we will consume food in the future.

Ten Stories About Food Waste – A documentary by Electrolux from Electrolux Group on Vimeo.

In the making of the documentary, Electrolux found trends that indicate that the so-called nose to tail eating will be implemented in the households in the future. The wide range of choices that are available today will be decreased, instead, there will be personalized portions calculated by wearable tech and made by a 3D printer. The food available in the stores will be frozen and urban farming will help schools, companies and households to have their own ecosystems; they will grow their own vegetables and take care of their own waste. With the help of new technology, society will in some extent go back to its roots and consumers will be self-provided.

The documentary is divided into 10 chapters, each chapter highlights a separate challenge or solution within the theme food-waste, for example: food fit for you where food tech specialist Johan Jörgesen talks about personalized eating and Wasteland in which urban farming pioneer Anastasia Cole Plakias gives a tour at her urban farm on a rooftop in New York. The viewer gets to meet food-pioneers within tech, cooking and farming, they give the consumer advice on how to explore new flavors and maximize their food-experience by living a more sustainable lifestyle.

One of the pioneers contributing is also Dan Barber, chef and co-founder of award-winning restaurant Blue Hill at Stone Barns in upstate New York. At his restaurant, menus are banned for good. It’s the chef who decides what the guests will eat depending on the season, the number of guests they have during that day, or simply what they have in the refrigerator. By having full control of the menu, they make sure that no vegetable or meat goes to waste.

“We don’t have menus at Blue Hill at Stone Barns because it forces us to be responsive to the farms that supply our food—to balance what the land provides and what we put on our plates. It also gives us the freedom (or it burdens us with the responsibility) to cook things people might not have chosen for themselves—all plants of the plant and animal. Not to mention, it’s just a heck of a lot more delicious.” -Dan Barber, chef/co-owner of Blue Hill and Blue Hill at Stone Barns.

“With this documentary, we want to entice the world to make more sustainable choices when it comes to food. By reflecting upon future trends and behaviors we want to inspire people to reconsider what food really is, be creative in how to consume it, and enjoy every ingredient on the plate,” says Henrik Sundström, Vice President Group Sustainability Affairs for Electrolux

About Interviews at Ateriet

Since I love food I also love people working with food. That mainly shows in my Chef Q&A where you can meet some great chefs from all over the world. But being a Chef is not the only way to work with food so in the future there will be more interviews here at Ateriet, check the Ateriet Interviews link for more. If you know anyone who would be a good fit for an interview here at Ateriet send me an email or connect on social media.