Let’s talk about the Boilermaker. The simplest of drinks to go with the simplest of times. The boilermaker is all about drinking and very little about being fancy and twisting orange zest and making fancy cocktails. This is drinking at its core.

But like all drinks there is a history, different types of the drink and many views on how to make and drink it. Let’s go through them all.

What is a Boilermaker?

A Boilermaker is a drink consisting of one beer and one shot of whisky. The beer and whiskey can be almost any kind. It’s not certain that you’ll find the Boilermaker on a bar menu. Many don’t list them since it’s really two separate drinks. One beer and one whiskey. 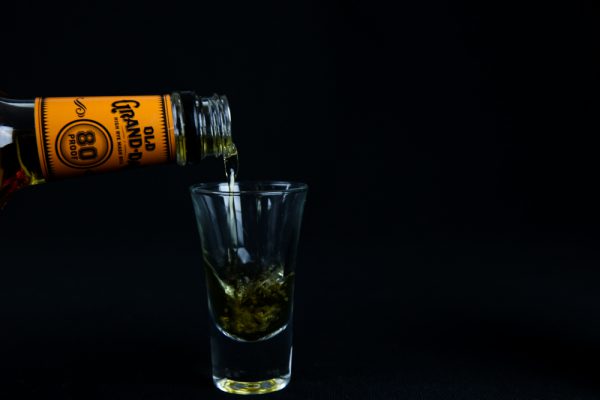 How to drink a Boilermaker?

There are a few different ways to drink a Boilermaker.

Some claim that if you even want to call it a Boilermaker it needs to be bombed. Otherwise it’s just whiskey and beer. I can understand why this makes sense but sadly this ruins both the beer and whiskey.

For me the only way to have it is side by side. You don’t have to take either the beer or whisky in one shot either. It is totally fine to sip them both and enjoy your friends company in silence. 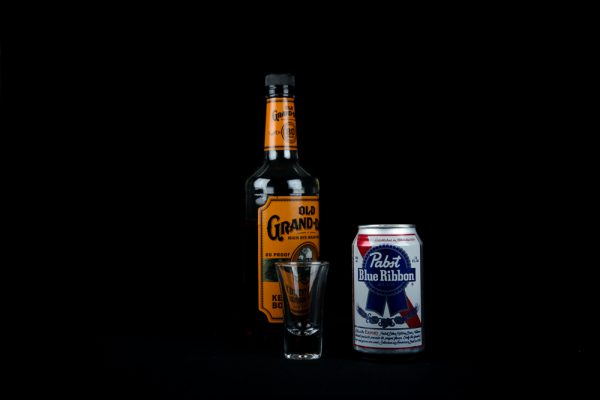 US – In the US the boilermaker is a beer and a whiskey. You can also just simply order a shot and a beer. If you’re in Philadelphia you can get a Citywide Special which is cheap whiskey with cheap beer.

United Kingdom – In England a Boilermaker might refer to a mix of brown ale and mild drought. Really two types of mixed beer.

But the American style of Boilermaker have been trending recently in the UK so do check what you will be getting before ordering a Boilermaker in England. The reason is that the Kentucky Bourbon Bulleit have been marketing the Boilermaker recently. Not a bad play, if the Boilermaker would become a Bulleit standard drink that would mean big sales for Bulleit bourbon.

Germany – In Germany you can order a Herrengedeck, you will get a shot of grain brandy called Korn and a beer.

Other Countries – The drink of having a beer with a shot on the side is common in most countries. But the specific combination rarely has a name. In Denmark it is likely that you will be having a beer with a Gammel Dansk, a well known Danish bitter or maybe a shot of akvavit. 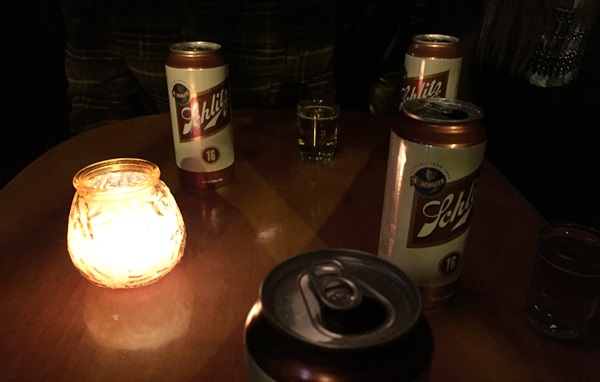 Why is it called Boilermaker?

Like so many other drinks it’s unclear how and when the name got attached to the drink. The name Boilermaker is a generic name for an industrial metalworker. That means that you could be called a Boilermaker even if you worked on something completely different associated with metal.

The term for the profession Boilermaker in writing was coined in the 1830’s. The first printed edition of a recipe for a Boilermaker drink is in the Art of Mixing cocktail book in 1932. But then it was called a Block and Fall. Have two, walk a block and fall.

It is very likely that the name was used both for the profession and drink before the 1830’s. I’m also guessing that the drink came second. Most likely because having a Boilermaker drink after welding steam engines for a day sound like a perfect fit.

The drink is a very working class blue collar drink. There’s really nothing sophisticated about it. It’s for when you want to drink to get drunk after a long and hard days of work. That also fits great for a bartender who’s come off a shift after a long night behind the bar as well.

So it’s not weird that the Boilermaker and similar combinations is popular among bartenders and restaurant staff.

There is also another story about how the drink was named. The engineer Richard Trevithick was testing his steam powered vehicle on Christmas Eve in 1801. After a successful test he went out for drinks to celebrate. The problem was that he forgot to shut down the engine and it boiled dry and burned down the entire vehicle and the barn it was sitting inside. Richard blamed the beer and whisky he had been drinking and the name Boilermaker was coined.

This sound a little too good to be true for me.

The most likely guess and what I think is the most accurate is that beer and whiskey was the drink of choice for steel workers and the profession simply got attached to the drink. 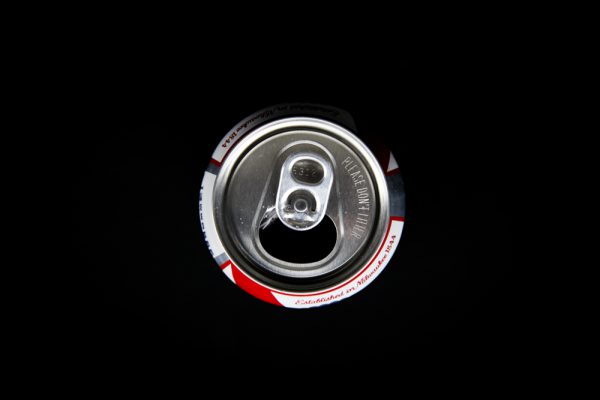 What is in the perfect Boilermaker

In short beer and whiskey. I prefer cheap beer and whiskey or bourbon. This works best for both flavor and the way you will be drinking. There are plenty of bars that has tried to capitalize on the Boilermaker and suggest craft beers and expensive whiskeys but they got it wrong.

It’s a blue collar drink and you should have it that way. Choose an American or International brand of lager beer.

For the whiskey I want to go for the American brands, preferably Bourbon. I recommend Jim Beam, Jack Daniels, Bulleit, Old Grand Daddy and Maker’s Mark. Most European blended whiskeys work good too.

You should stay away from expensive craft beer and single malts and aged spirits. It’s a waste of money and they work better on their own.

What you can do is go a different way and simply have a shot of a completely different drink instead of whiskey. Try a German bitter or a Fernet Branca. It’s not a Boilermaker anymore but it will get the job done. 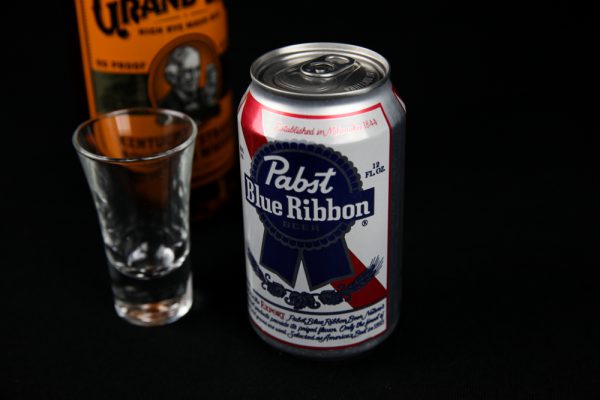 This is not much of a recipe. In my version that you can also see in the photos I use a PBR in a can. It looks cool and feels even more blue collar. On the side there is a shot of Old Grand Daddy.

The Hipsters and Boilermakers

In recent years the Boilermaker have been found on more and more menus at cool bars in both the US and abroad. Like many other bar trends this comes from the young and trendy crowd often referred to as hipsters.

The speakeasy trend took the cocktail and bar culture from the fruity drinks of the 80’s and 90’s to a craft and something to feel serious about. This has but bars in a well deserved spotlight and bars are better than ever. But now everyone wants to drink handcrafted highly complicated drink recipes from the Prohibition era. Sometimes you want to go back to the basics.

Many of the great bars of the speakeasy and craft cocktail trend has put Boilermakers on the menu. A great way to show that you as a customer don’t have to get that $18 dollar super special Old Fashioned and also a great way for the bar to show you that they don’t take things too seriously.

A great thing about the Boilermaker is that it’s a drink you can’t screw up so it’s the perfect thing to order if you find yourself in a bar where you might question the skills of the bartender. What are the chances of him or her messing up a beer and a shot? 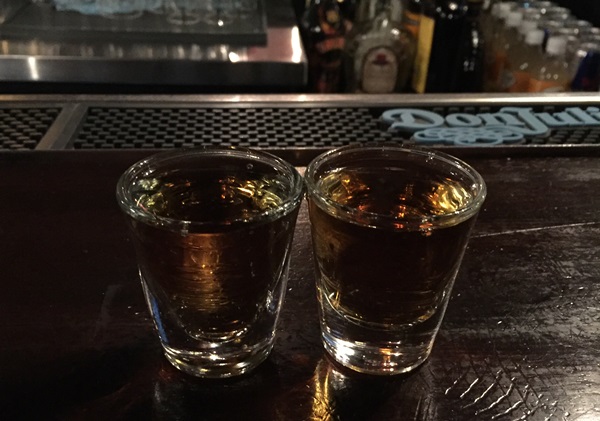 Why should I drink a Boilermaker?

It looks cool. It tastes great. It’s cheap. It will get the job done.

The job in this case is to get drunk or get a good start to a night out or to wind down after a hard day. You’re really drinking to get drunk. What all drinking is at it’s core.

But the thing is this. You should only have one or two Boilermakers. If you’re winding down after a hard day that’s enough. If you getting ready for a big night out you don’t want to peak too early. So have one or two, get in the mood and then switch to something you can handle all night.

You are drinking to get drunk but that comes with responsibility. Having a beer and a shot in a bar looks cool. Throwing up in the gutter, not so much. 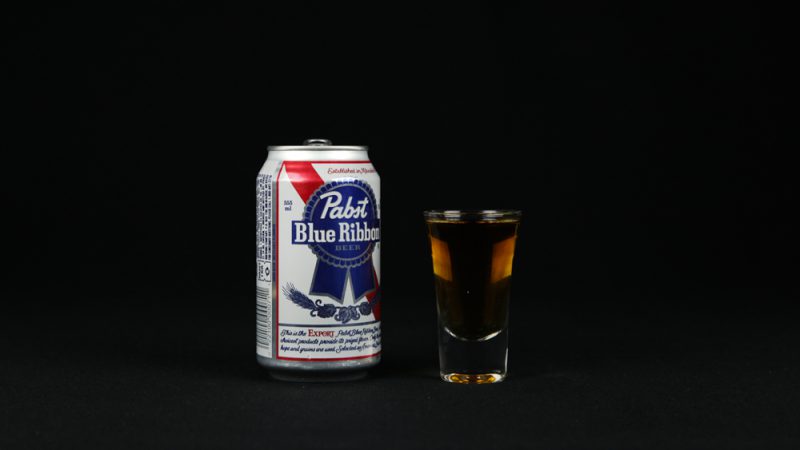