Do you want to learn how to create a J made out of Jello using an apple corer for no reason whatsoever? Great, because I will tell you exactly how to do just that in our latest letter in our A-Z Food Photography Project – J is for Jello.

First thing first, Jello is kind of disgusting. It looks cool so kids are drawn to it like kids to.. jello. But personally I never liked it. Fake flavors and weird texture. But that does not change the fact that Jello does look cool so I still had to chose Jello for my J. 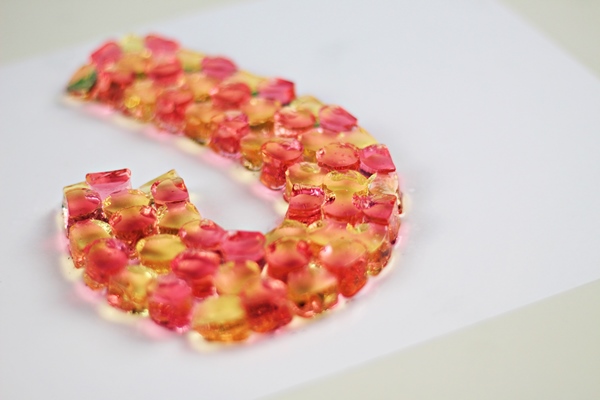 J is for Jello

So as it turns out there aren’t that many foods that start with J so I chose Jello quickly. First I considered Jelly Beans but that might have been too similar to the C is for Candy so Jello it was. Second, this Jello actually isn’t Jello at all.

Jello is not a big thing in Sweden, you can find it in some speciality stores but I have no idea who buys that stuff. Instead I found something similar that was called Jotis, it is more or less the same thing, gelatin and artificial flavor. 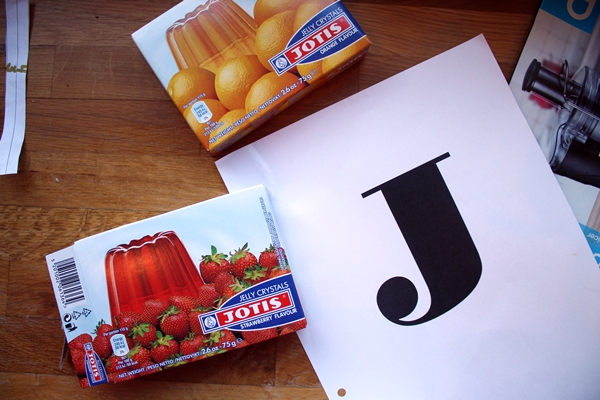 I had some ambitions to make a complicated J this time but after some trying I ended drawing a very simple J by hand instead. I need harder and easier foods to shape to be able to make anything complicated, at least with the technique I’m using now. The technique I’m talking about is me figuring out things as I go. 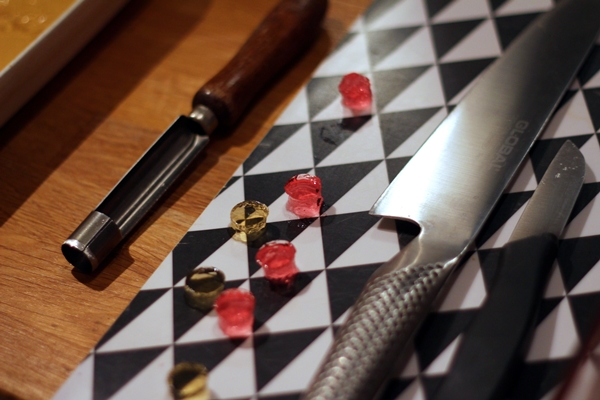 This time I decided to go for a white background, I haven’t used it before and I wanted to show off the artificial feel of the Jello. I still haven’t made any better backgrounds so I had to stick with paper with a sheet of glass on top. It worked ok but I got some weird shadows in between the Jello circles that the J is made of.

Making a J was hard. I had adjusted the Jello to be harder and easier to work with by not using all the water but it was still not as hard as I would have liked. I did try to cut out my J at first because I had a different idea from the start but the Jello broke right away. So I used an apple corer to punch out small circles of Jello and then laid them out on the glass with the hand drawn J underneath. 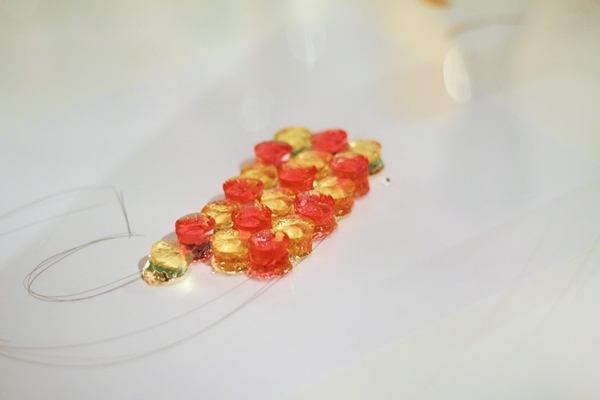 Nothing new here, I used two softbox lights and my DSLR with my standard kit lens. So more or less the same setup as the least few letters, anyway here the list of stuff used. 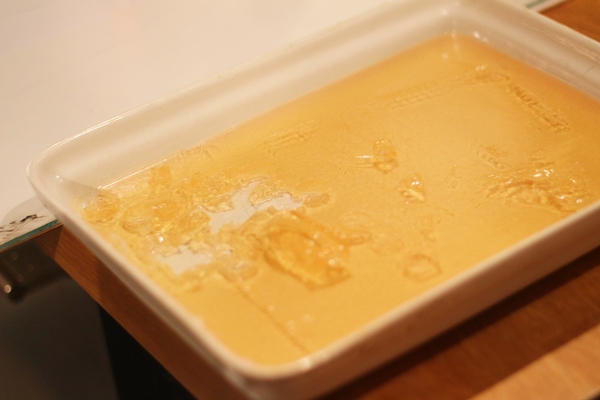 Can’t say I learned much this time, maybe a few things. 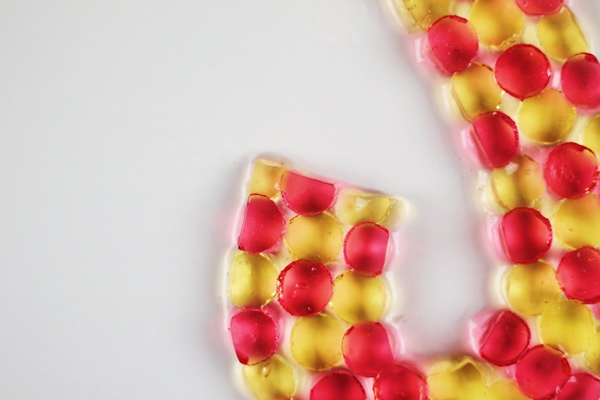 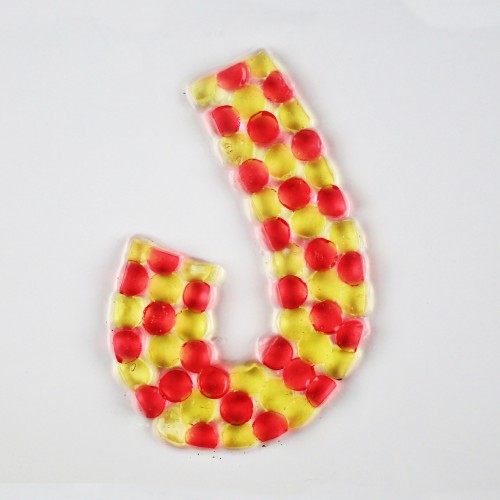