I have never struggled as much as I did with this stupid letter. I have reached L is for Lime in the A-Z Food Photography Project. This one was no fun.

Let’s start with a few facts. L is a boring letter. Not that many foods start with L. Cutting limes can be hard. Cutting liquorice is even harder. I hate liquorice. Let’s see how things went in the making of L is for Lime.

L is for Liquorice – first try

The original idea for this letter was to make a super cool L using a gothic font and shaping it out of various pieces of liquorice. I tried that for the bigger part of an evening and as it turns out it is more or less impossible to cut liquorice into a cool looking gothic L. At least if you want it to look decent. 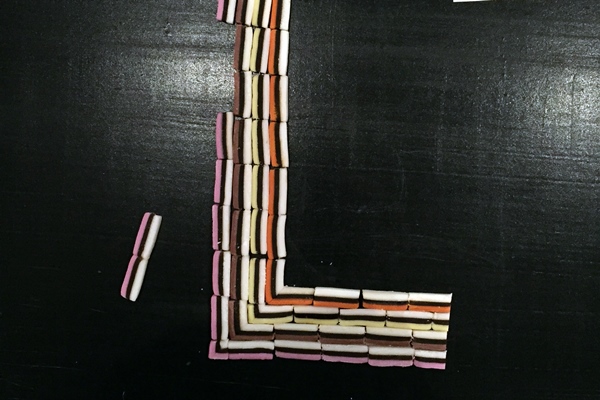 L is for Liquorice – second try

So instead i thought about using the natural lines in some of the pieces of liquorice and using that pattern to make a really cool L. That took another few hours and the result was seriously ugly.

L is for Lime – first try

So now I gave up on liquorice. Let’s go for my good friend lime instead. Limes look cool and actually taste good. I started to make a design more or less like the first letter I made. The A is for Apple. I made it and once it was done it just felt to similar. If I am going to make all 25 letters they can’t all be more or less the same. Also it didn’t look good enough.

So maybe I can do a more three dimensional letter. So I made another not that great looking L out of limes and then added lemon skins to make it look cool. It didn’t. 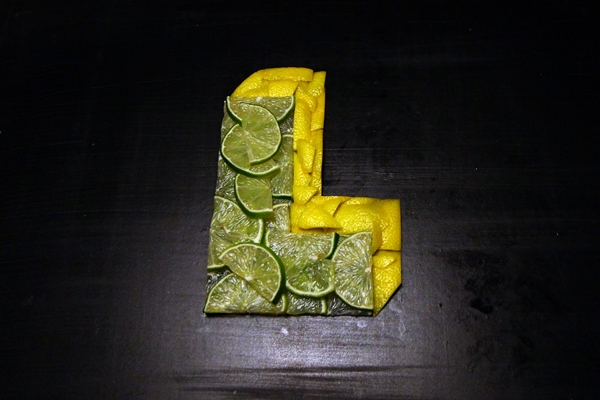 L is for Lime – second try

Now that was the process. Now we are talking about what is actually in this letter. I changed some things up and went for whole limes instead. And instead of cutting them into slices I cut away the sides and placed them on top of each other to shape the L. I also went back to a black background because I haven’t used black for a few letters now. 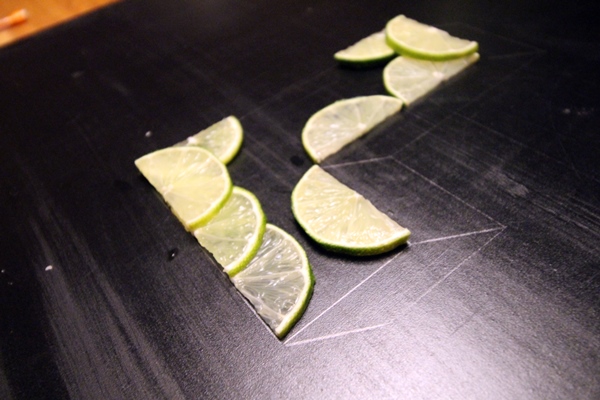 If we leave out all the failed tries this is what I used for the L is for Lime. 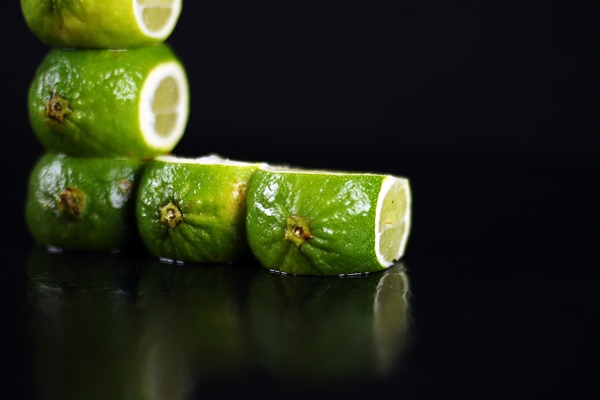 After cutting the limes I placed them on top of each other. I used a black painted board to place them on. Then I sprinkled them with water to make them shine a bit more. As a background I used a black fabric. Two softbox lights that was set one on each side and then I took the photo from the front. Not very complicated at all.

Next letter will be M. Let’s see what I come up with then. 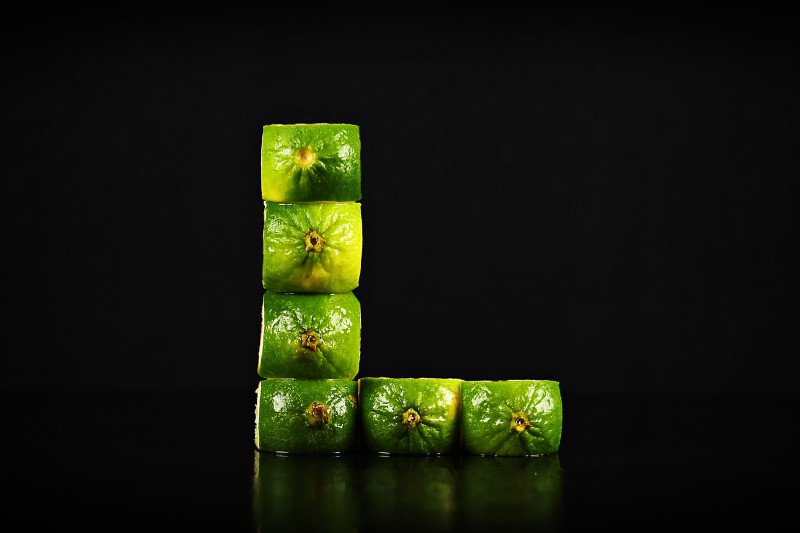 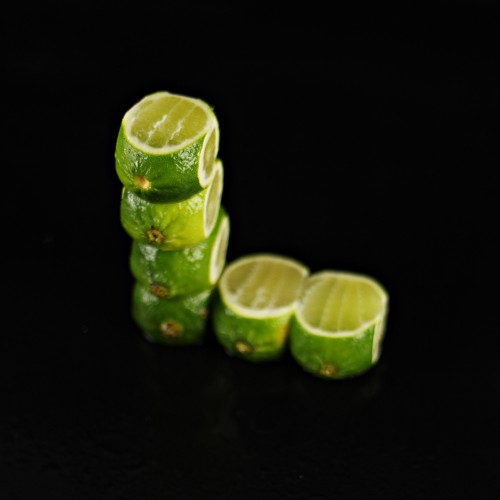