Watch The Munchies guide to Sweden 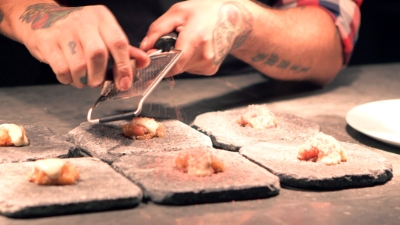 Vice have with their food show Munchies become the best there is in food TV, just that it is not TV but free great shows about food. If you haven’t seen anything of this before then head over to Munchies and watch… well everything. I know this sounds like me kissing ass but everything really is worth watching.

Now Munchies have produced a five part series guide to Sweden which is equally great. You can watch all five episodes right here at ateriet.com

The first part of the guide to Sweden is all about seafood and fermented herring (that almost nobody actually eats, but we make sure to tell all tourists that we do) but also about fresh oysters and the classic smörgåsbord.

Falafels in Malmö, birds and Spettekaka, that is what Skåne the most southern part of Sweden is all about.

The third episode takes place in the nations capital Stockholm where among other things we get to go to a Viking themed restaurant owned by former Eurodisco star and TV-personality E-Type.

The Northern Lights, that means reindeers and alcohol.

In the fifth and last episode of the Munchies guide to Sweden we get to visit some of Sweden’s top chefs.