The Cloudberry is a beloved berry that only grows in the nordic hemisphere and it is loved dearly by anyone living close to the berries or anyone who had a chance to try them. We’ll take you through the facts about this precious berry and you can also find out how to cook with it.

What is a Cloudberry?

The cloudberry or cloudberries is there is more than one (Rubus chamaemorus) is an orange berry that is mainly growing on the nordic hemisphere. The berry is built in the same way as a blackberry or raspberry with small pods that make up the cloudberry. Normally each pod is bigger than with blackberries so the shape of the cloudberry looks similar to a cloud in its shape. The color is orange to red when the berry is fully ripe.

Other names for Cloudberries

The cloudberry is also known under a few other names. In Sweden the name is Hjortron. In Newfoundland it is known as an Bakeapple. In England it is called Knotberry or Knoutberry and in Alaska and British Columbia is is called a Low-Bush Salmonberry or Aqpik. In Scotland the Cloudberry is called an Evron or Averin. So if you haven’t heard of a cloudberry before chances are you’ve might have heard any of these other names. 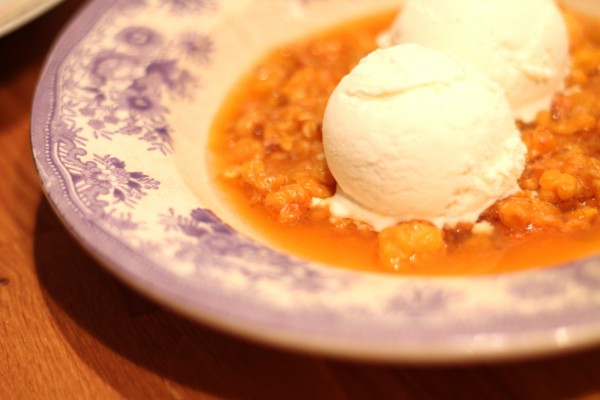 Where does Cloudberries grow?

The northern hemisphere is the natural home of the cloudberry. Its main growing place are between the 78°N to 55°N with a few exceptions where the berry sometimes can grow further south in some mountain areas. In Europe it is common in the nordic countries of Norway, Finland and Sweden as well further east in Russia. In North America it can be found in the northern parts of Canada and Alaska but also in some of the northern US states.

How does cloudberries grow?

The cloudberry grows on low shrubs in mostly wet forest areas. It cannot take to get dried out. The berry requires sunlight and usually an acidic soil. Since its natural growing place is so far north the cloudberry can survive down to temperatures below -40 °C.

How do cloudberries taste?

The cloudberry is quite tart unless it’s fully ripe. It has a little bit of acidity but not as much as in raspberries. The taste is somewhere in between a red currant and raspberries or blackberries. But the only way to truly know is to hunt down some berries to try. 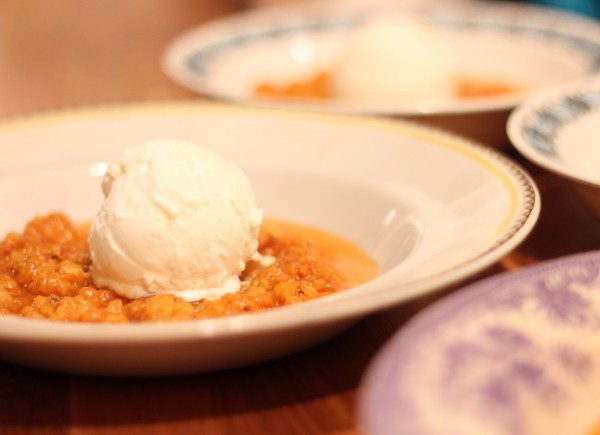 Where to buy cloudberries?

It is very rare to find fresh cloudberries. Most of what is picked is usually sold frozen or to the food industry where it is used to produce cloudberry jam and cloudberry liqueur and being frozen and sold in supermarkets. Your best bet is to search where you get frozen berries or jam. IKEA have sold cloudberry jam from time to time so that is worth a try as well.

How to cook with cloudberries

Now for the fun part. The most common way is to use cloudberries is for desserts. My favourite is either with pancakes and whipped cream or warmed cloudberries with sugar and vanilla ice cream. In Sweden it used to be popular to find deep fried Camembert cheese served with deep fried parsley and cloudberry jam. That dish was mostly popular during the 70’s but can sometimes be found at restaurants, do try it if you get the chance, it is very tasty.

Now this is the simplest of recipes and the one I recommend if you’ve never tried cloudberries before. It uses frozen cloudberries and all you do is to heat them together with some sugar and vanilla and then serve it with a good vanilla ice cream. I do prefer to use the frozen berries but if you only can find cloudberry jam you can simple warm the jam carefully and serve it the same way. Just don’t add any sugar.

serves 4-6 as an dessert

Bring the water to a boil and add the sugar. Cut the vanilla pod in half and add it to the water. Once the sugar has dissolved add the cloudberries and leave to simmer for about 20 minutes on low heat. Taste the berries to see if they are sweet enough.

Leave the cloudberries to cool and then find the vanilla pod and remove. Serve the warm cloudberries with one generous scoop of ice cream in a bowl. 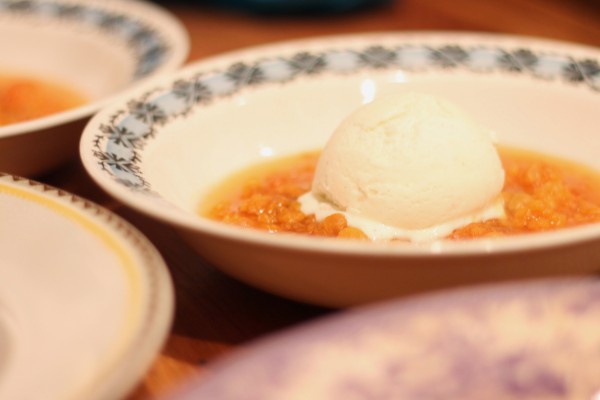 2 thoughts on “Cloudberries – A Closer Look At The Nordic Cloudberries”