R is for Radish, the A-Z Food Photography Project keeps on going, this time I sliced up a bunch of radishes and turned them into an R in the R is for Radishes.

I’m back with R is for Radishes. It’s been a little longer since I last posted a letter, things been a little bit hectic around here so slicing up vegetables and arranging them like letters haven’t been my top priority. But no excuses, now I’m back with the letter R, enjoy. 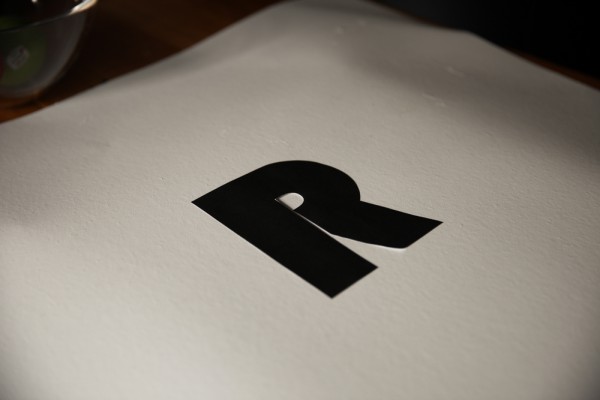 Deciding on Radishes
R is for Radishes, it could of course be many other food like raspberries, rice and raisins but I decided on radishes. There are a few reasons why, first I wanted to use two parts of the same ingredient. Most of the time when you buy radishes they come with the leaves still attached so you’ll get that great contrast in color with the red and white radishes and green leaves. 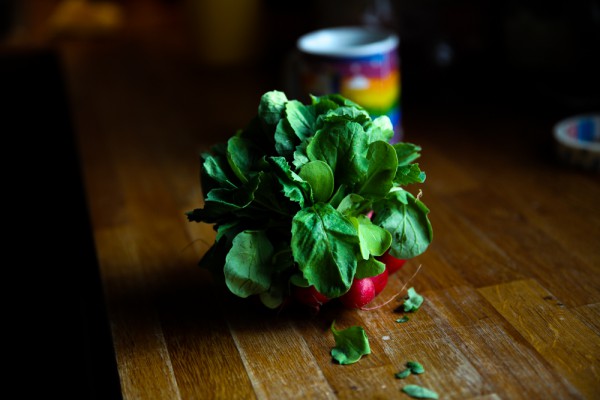 You can get radishes in all sorts of colors like yellow, white, purple and even two colors at once, none of those fun colors was available when I went shopping so I had to stick with regular red ones.

Choosing the font in R is for Radishes
Choosing the font was easy, I really like this Bauhaus font, also it’s not often you can use fonts like that. Writing something that people actually have to read looks awful and also hard to read. But for an artsy project like this it is perfect. So Bauhaus it was. 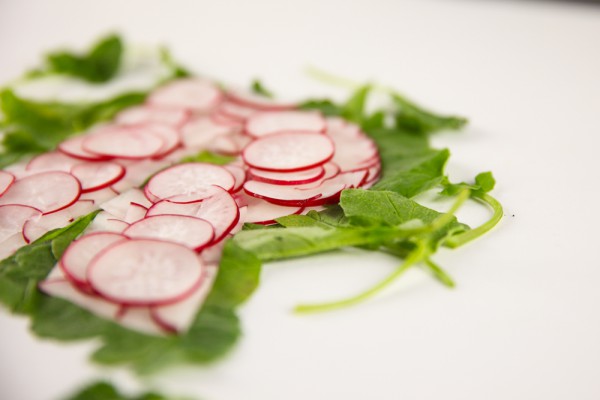 Making the R
Making the R was not that hard, I decided on a white background. Then is cut out a printed R and drew it with a thin pencil line on the white paper background. Then it was all about slicing radishes, the round parts was the hardest but I think it turned out ok.

After the radish R was done I cut the leaves around it, not as hard to do as I first thought. The trick was to use the leaves that was almost turning bad. They are softer and have less liquid so they are easier to cut and shape. 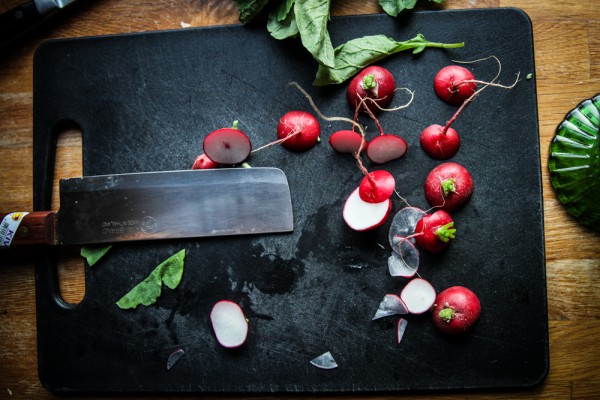 Photo editing
Usually I write something about my setup when taking the photos but I’m gonna skip that for now. Instead I thought I would write down a little bit about how I edit the photos. I mostly work with Adobe Lightroom, it’s a great program for most photo editing stuff. I also use Photoshop from time to time but I haven’t in any of these letters.

The idea is not to make great graphic computer generated letters, there are plenty of great examples of that elsewhere. But I often adjust like this. First I start with cropping the photo, most are done in the normal landscape size. I also make one or two squares that I post on Instagram (where you should follow me). Then almost always bring up the contrast, saturation, sharpness and sometimes I add a little bit of vignette.

It all depends on which colors work and which don’t. It is suppose to look good but not unnatural. 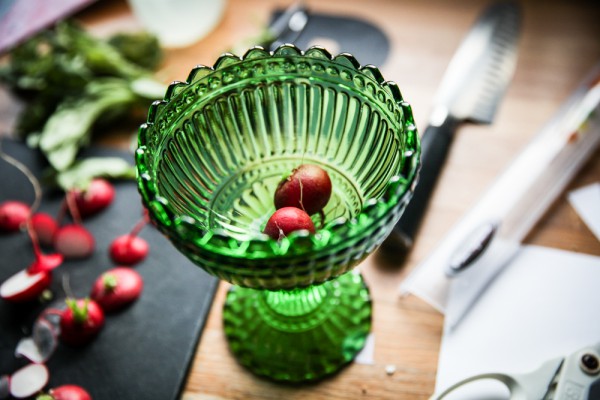 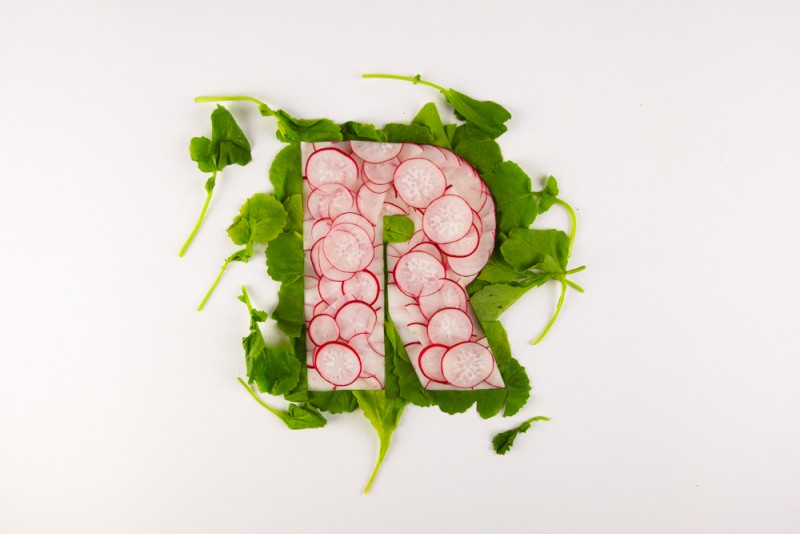 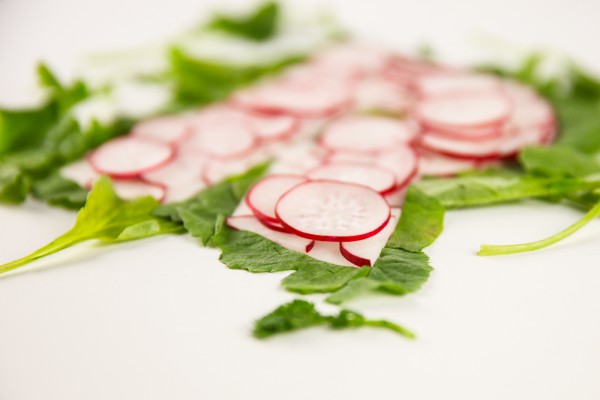 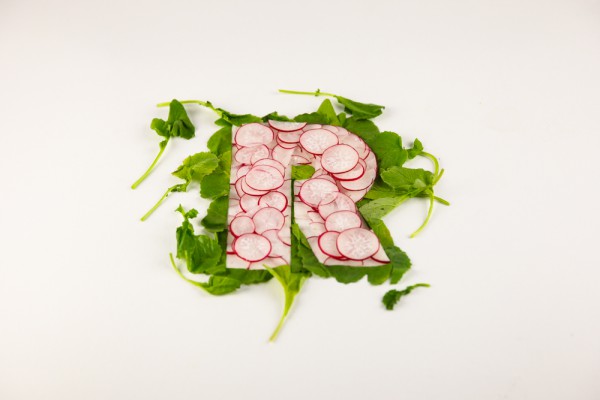 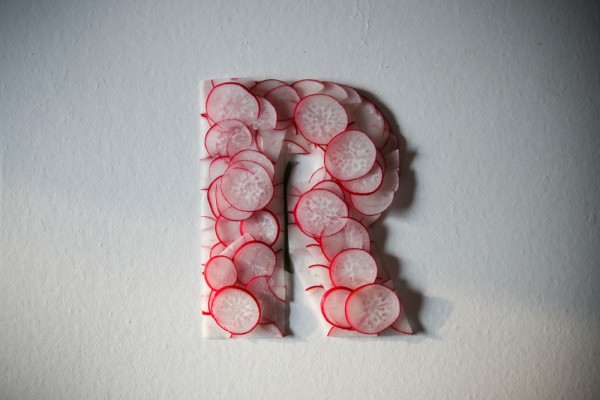 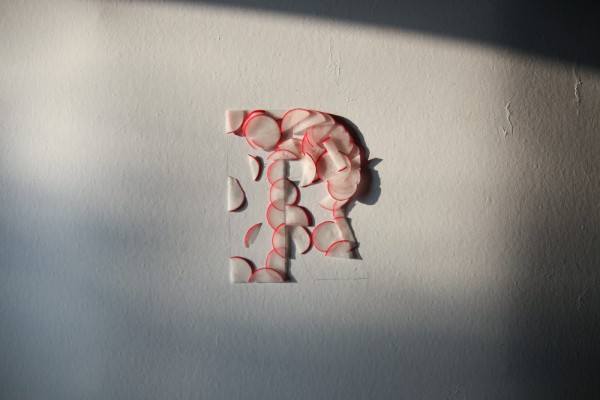 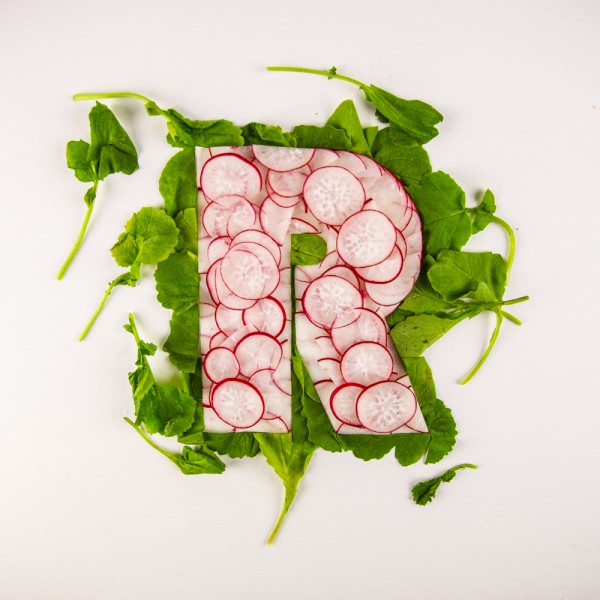