Red Bull Super Mario concept both looks and sounds like a great idea. Why not merge the powerful Austrian drink with the ultimate game. That was idea behind this concept which is created by the Peruvian designer Jhonatan Ayala.

The concept is called Super Mario Pixel Collection and in it Jhonatan have taken all the power ups that you can find in the Super Mario games and added them to cans of Red Bull. 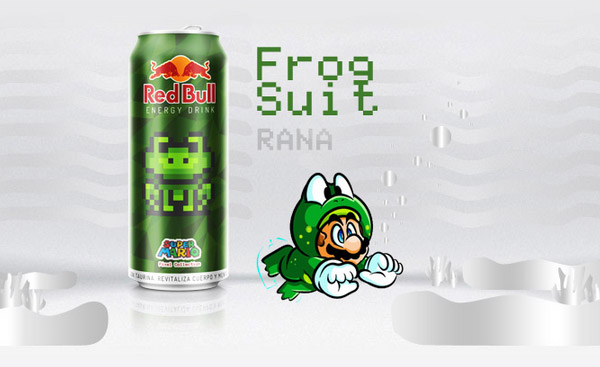 We’ve got the red Super Mushroom, the orange Fire Flower, the yellow Star Man and a few others. All made with pixelated logos of the fruit and a color to match.

This project both looks and sounds like a great idea, what could be a better power up than a Red Bull boosted with some great Nintendo design. Check out the designs below. 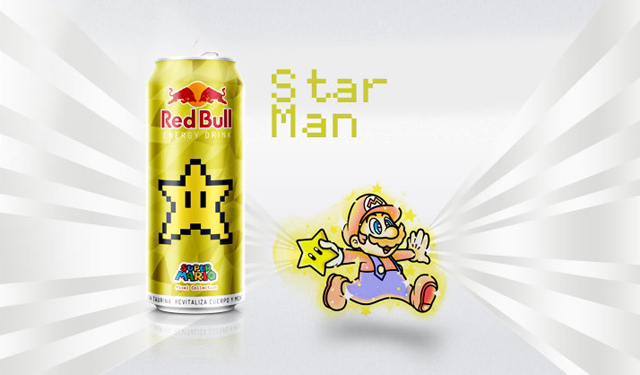 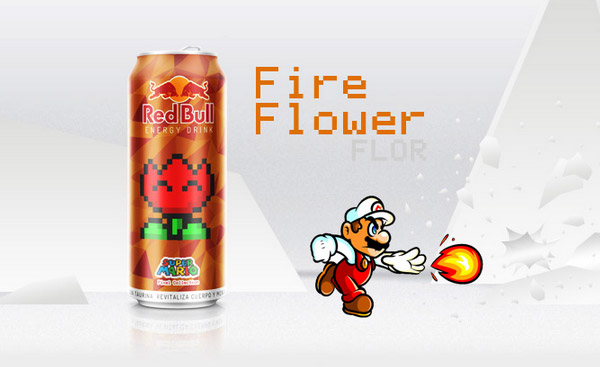 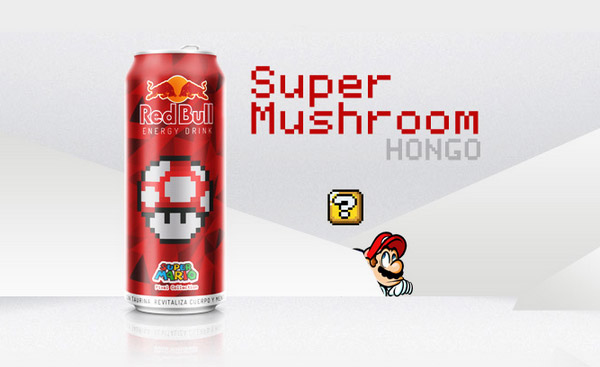