Try my recipe for Red Pepper Walnut Dip with Crostini, you’ll make this more than once.

This recipe for Red Pepper Walnut Dip is a new for me but dips are easy. Roast, boil or cook stuff you like, blend it and start dipping. Dips are also always appreciated and a great go to food for when you want something simple that easily can be eaten in front of the TV but don’t go for anything ready made. This dip is a little bit inspired by the Southern Mediterranean, walnuts, olive oil, grilled or roasted peppers and smoked paprika. It’s got a rich red pepper flavor with a slight burnt taste, in a good way.

The recipe is set for four people but if you’re gonna make do some extra, no one has ever complained over too much dip have they?

I use smoked paprika powder from Spain in my recipe, I bought mine in Spain but I have found it in many other countries so hopefully you can find it in a good grocery store. The paprika is great for many other things besides this dip so consider it an investment. 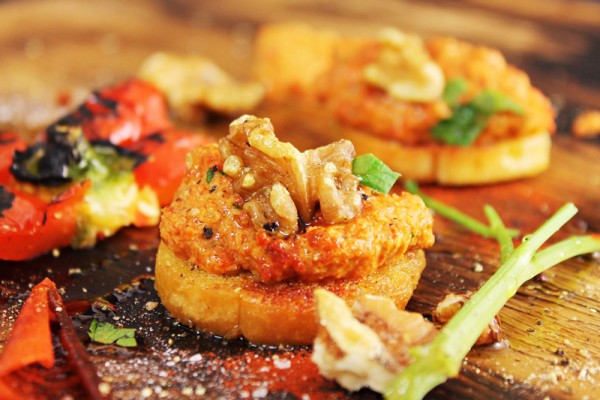 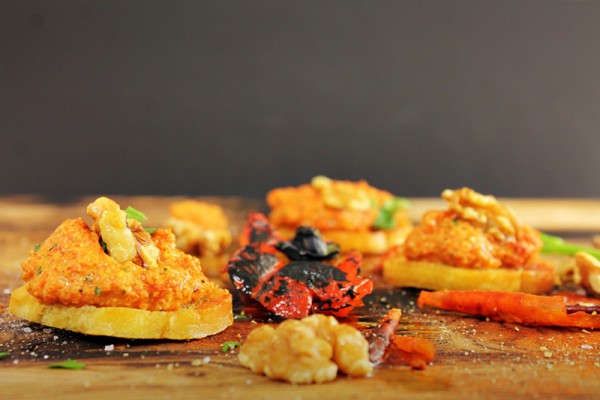 Slice the bread and roast in a pan with a little bit of olive oil and salt. Add the pepper dip to the crostini and decorate with a walnut on each crostini.