The Spork – Everything You Need To Know About The Spork 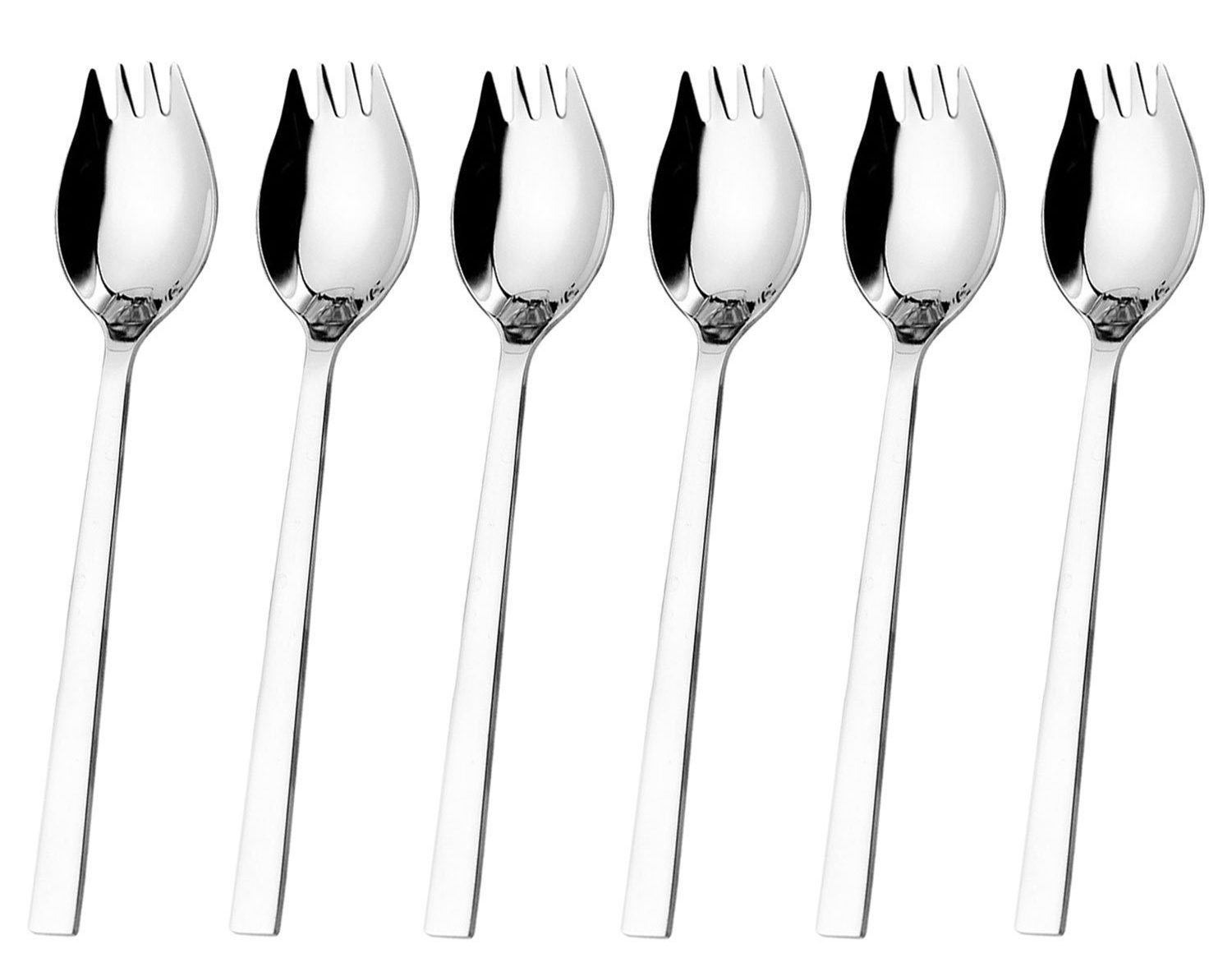 The spork is a combination utensil made by combining the fork and the spoon. But who came up with this utensil, what is it good for and is it useful at all? Keep reading as I take you through the history of the spork.

I was thinking about the spork. You know that weird combination of a fork and spoon. I think I only used one once and as far as I can remember I wasn’t impressed. I guess I would have used it a least once more if I thought it was any good. But in some way, it almost has to be a good solution. If you disagree then please explain the more than 4000 sporks you are able to choose from at Amazon?

We will talk the function and use of the spork soon but first let’s start at the beginning, who invented the spork and why?

Who Invented The Spork?

You might think of the spork as the tool your annoying camper friend always brings. The spork dates back far more than that. There are a few patents that came before how we see the spork today.

The first one who came up with it was Samuel W Francis. He issued US Patent 147,119 in February 1874. You can check out the patent here.

The cool thing (not real world cool) about Samuel W Francis is that the patent isn’t just for combining the fork and spoon. Samuel wanted to squeeze in a knife there as well. Along the edge of the spork, there should be a sharpened edge used for cutting as well. Here’s how Samuel wrote it in the patent.

“As a new article of manufacture, a combined knife, fork, and spoon, in which the knife is formed upon the edge of the spoon-bowl, and the fork-tines upon the end thereof, as herein shown and described”. 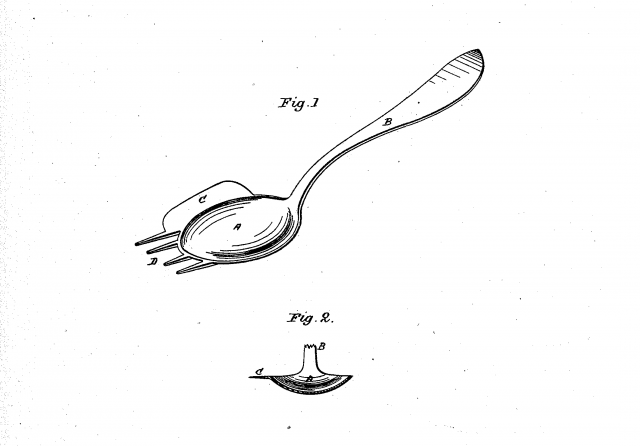 Samuel W Francis was not the only one who came up with the idea of combining utensils. US Patent 904,552 for a cutting spoon was granted in 1908. The Patent was submitted by Harry L McCoy. Harry left out the fork part of this invention.

“A spoon of the kind described will be found convenient for a great many different uses. In cutting cabbage and various other vegetables, and serving such vegetables at the table, it will serve both as a knife and a spoon or ladle. The spoon will also be found serviceable for many other uses”. 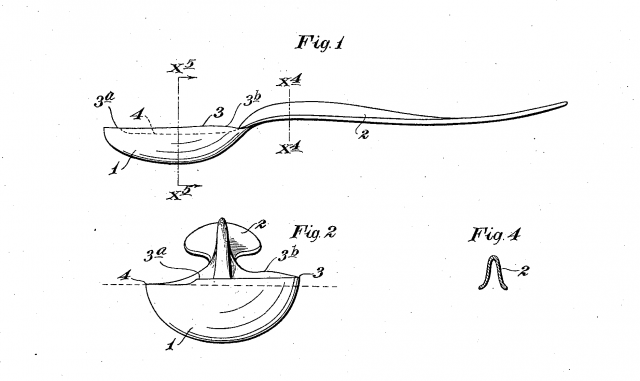 Frank Emmenegger submitted his US Patent 1,044,869 in 1912 for a tined edged spoon. He didn’t care much for the fork part of the spork either.

“Kitchen spoons, especially those of the larger size arranged for ladle purposes and e, are usually constructed to serve but one purpose. In my invention, the purpose is to provide a spoon that can be used for various other purposes”. 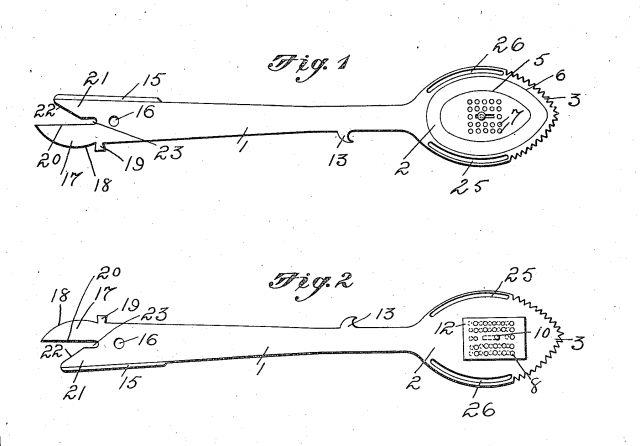 Besides these patents, there has also been a number of so-called Design Patents for the combination of fork and spoon. Those do not prevent you or anyone else from designing and manufacturing your very own spork. Just in case you want to earn all those millions.

There is one thing worth mentioning about all these patents. None of them uses the term spork. That word came later, let’s find out more.

Who came up with the name?

The name is a so-called portmanteau which is to combine two words and turning them into a new word. The words have to be combined, not just said after one another to be a new longer word. Another famous example of portmanteau is the word smog which is the combination of smoke and fog or motel which combines motor and hotel.

The word spork which is the portmanteau of spoon and fork first appeared in the 1909 Century Dictionary supplement. So it seems to have been a word in use since at least then. In 1951, Hyde W Ballard tried to register Spork as a trademark for his stainless steel combination. In 1970 another trademark was made for SPORK for a plastic combination that has since expired. The company Plastico Limited registered Spork in 1975 and there it is still in force.

My knowledge in the world of not just sporks but for any products is not the best, if you want to you can check out loads of US Patents on Google. Once you’ll find a fun one, like for example this very funny Spaghetti Knife and Fork Patent you can keep scrolling and find related patents. An easy way to get a laugh and make time go even faster. 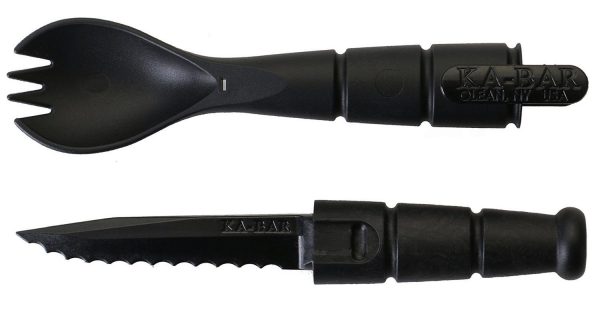 It’s not rocket science, is it? The idea is that by combining a spoon with a fork into the spork you can use it for food normally made for either a spoon or a fork. Not a spork.

Here’s the thing. Most sporks is a spoon with fork pins at the top. The spoon is often more shallow then a regular spoon and the tines of the fork part are short. This means it’s not a great tool for eating soup or something liquid and it’s more or less a useless fork at the same time.

Most things that you would want to pick with the tines of a fork can just as easily be scooped with a spoon instead. I’ll admit that eating soup with a fork ain’t great but you’ll come far with just a spoon. The tines of a fork is great for holding down food that needs to be cut before eating, like steak or anything big. But that would require a knife as well so that kind of takes away the point of eating with just one tool.

What the spork is is the combination of two great tools, combined to take away the two most essential functions of those tools. Scooping sauce and picking up food. Instead, we got a tool that can barely be used for soup and won’t pick up anything you couldn’t just as easily scoop up. 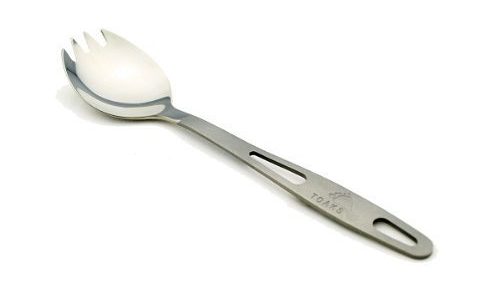 But wait, there must be something good about it?

That’s what I keep wondering myself. I’m not sure there is. Sure, you’ll cut down on the number of tools used. But let’s be honest. How much extra effort is it to bring one extra tool or washing one extra fork or spoon at every meal? In my opinion, not so much I would exchange it for a set of proper utensils.

Who uses the spork

In general, you can say that nobody who has a better alternative uses a spork. Here are the types of places that I found where you might be handed a spork.

Prison – Sporks are often used in prisons since it’s virtually impossible to hurt or make a spork into a weapon.

Airlines – To keep costs down, plus you can use just one and the same crappy utensil for any meal you might be serving.

Military – From what I found out the spork is still in use in the Finnish military.

Boy Scouts & Campers – Another time when a spork can become handy. The outdoors.

Fast food – Some fast food chains still serve food with spork. Even though I personally can’t remember ever being served one. A fork with a sharp edge is not that uncommon in Sweden, especially in old-time burger places.

As you can see none of these places are the ones where you really have a choice. I’m sure most of us would have picked one or the other if we were given the choice in a place like this. Am I right?

Combining the spoon, fork and knife is as we already talked about not a new idea. When I researched this article I found a few other types of combination utensils. Let’s see which ones there are.

Spork – I think I covered this one by now, the combination of a spoon and fork in one.

Knoon – Knife and spoon in one

Splayd – The combination of a spoon, knife and fork. This variety was invented in Australia in the 1940’s. It has two flat edges on each side of the spoon shape that can cut through soft food.

Spife – Like a knoon, spoon and knife in one.

Knork – You guessed it, a knife and fork in one.

In addition to these, there is a huge range of other combination utensils but most of them combine the spoon and fork on each end of the utensil. So you’ll have a fork in one end and a spoon in the other. Which to me is not really a spork is it? 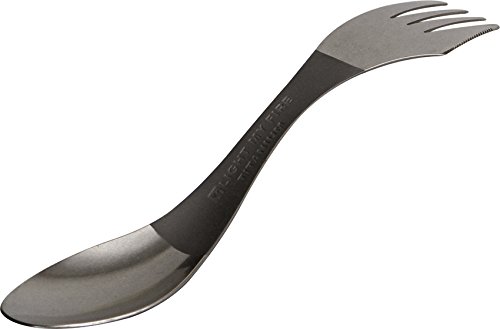 At last some spork politics and pop-culture

Let’s end this spork article with two famous spork events. The first one involves politics, at the highest level. In 1995 President Bill Clinton used the spork as a metaphor for the administration’s third-way politics. In that year’s Radio-TV Correspondents Dinner Bill Clinton said the following.

“I came here to offer a way to make peace with our Republican friends on this heated school lunch issue. Al Gore and I have discovered a reinventing government way, Mr. Armey, to get around this terrible rhetoric we’ve been flinging at you on school lunches. We have a way to save money through streamlining that does not require us to deprive our children of food. Instead of cutting food, we’re going to cut the cutlery”.

“And here’s how—with a spork. Now, you know, I don’t know how many of you know this, I’ve been eating off these things for years. I never knew they were called sporks. But that’s what they are. This is the symbol of my administration. This is a cross between a spoon and a fork. No more false choice between the left utensil and the right utensil. This is not an ideological choice. This is a choice in the middle and a choice for the future. This is a big, new idea—the spork”.

It might be good to know that this dinner is known for being more on the humorous side than at other times when the President is speaking.

Now for pop-culture, in the Pixar film Wall-E, you know the one with the robot and all the people living in space and being really really fat? Yes, that’s the one. In it, Wall-E, which is the robot, not one of the fat people, discovered a spork when he is picking up garbage and sorting it. His artificial mind can’t seem to sort the spork.

It is simply uncategorizable.

» Food Culture » The Spork – Everything You Need...