Here is a fun project by American designer and photographer Miguel Yatco. The concept was to take a inexpensive brand like Swedish Fish and merge it with something more exclusive like Brooks Brothers.

For the project Miguel created a fictional trunk show where the Swedish Fish is the inspiration for a new line for Brooks Brothers, the fictional line is called Red Fish.

It think this looks really cool and is a fun idea, somehow merging two sides often becomes a fun view on the communication and design. For more of the work of Miguel Yatco visit his Behance portfolio.

Also Swedish Fish have become well known is the US. This is usually met with surprise in Sweden since Swedish Fish is not a very well known candy in Sweden. It is available but is just a candy among others, there are loads of other brands and types of candy that are far more known and which Swedes would call classics before praising some fish. Just so you know. 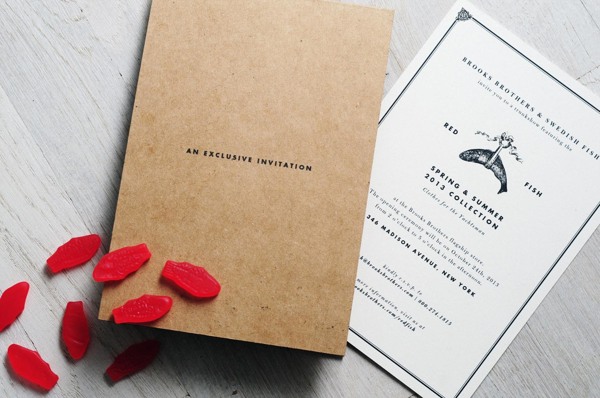 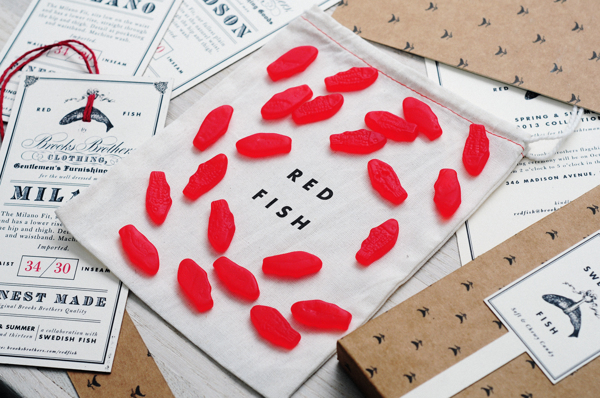