Take a look at how to make a W out of a Watermelon. I’m not sure why anybody would want to but still. Here it is, W is for Watermelon in my A-Z Food Photography Project.

W is for Watermelon. It’s also a great way to make a mess out of your entire kitchen while being frustrated. But it got done so let’s take a look at it. 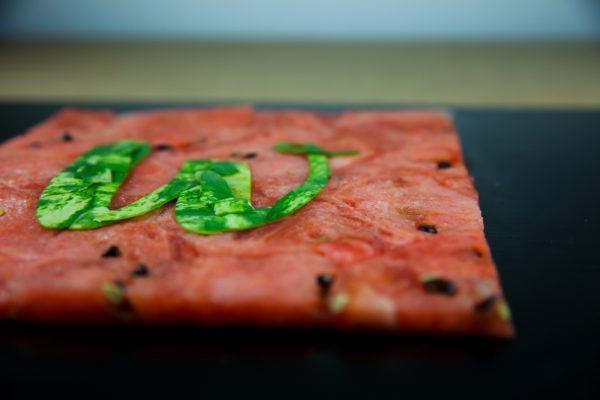 I decided to go for the watermelon for the W a long time ago. But I haven’t really gotten to it until now. Doing this project is hardly relaxing so you kind of need to be in the right mood to get it started.

Watermelon is a nice vegetable since it got some nice colors and also because of its size. You’ll get plenty of material to work with. 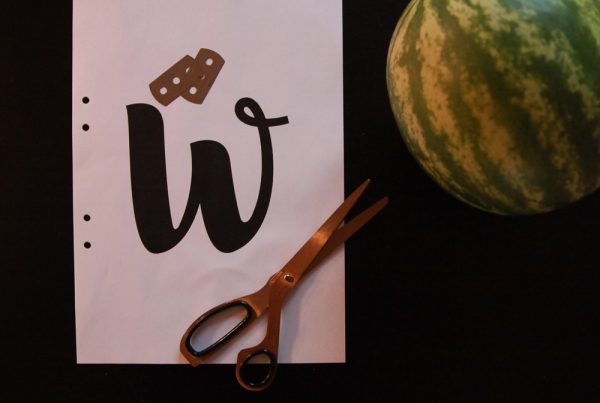 Making the W is for Watermelon

This was all about scissors and razor blades. I wanted to use both the green of the skin and the red of the flesh. So I cut up the watermelon in larger chunks and then sliced them a few millimeters thick.

Then I cut of the skin and arranged sort of a square out of the flesh. At least what I thought was a square until I took a closer look at it and saw that it wasn’t really a square at all. Luckily that didn’t really matter. Next came the hard part. 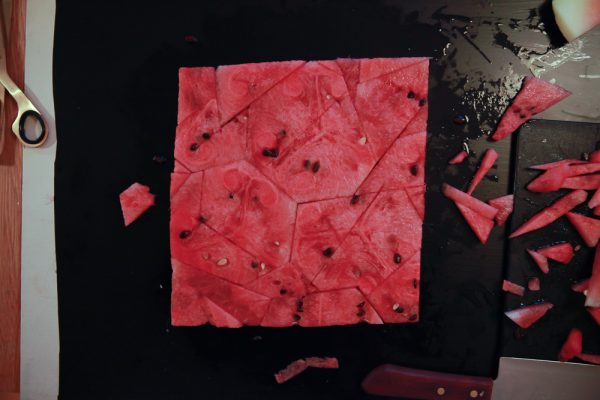 The skin was trickier. I used an asparagus peeler to get thin strips off. Then I had to cut a number of small pieces of that to get the shapes of the W decent. What made this letter extra hard is that it’s almost only soft shapes.

Making a food letter with sharp lines and angles is much easier, something to consider if you want to make something like this yourself. 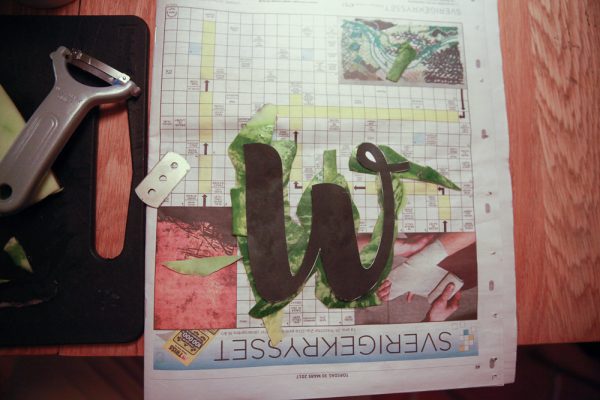 Nothing big really. Two softbox lights and a tripod for the photo from top. That’s about it really. After that I shaped it up a little bit in my editing program. But as usual I only adjusted stuff, no real photoshopping.

See you next letter which will be the X. 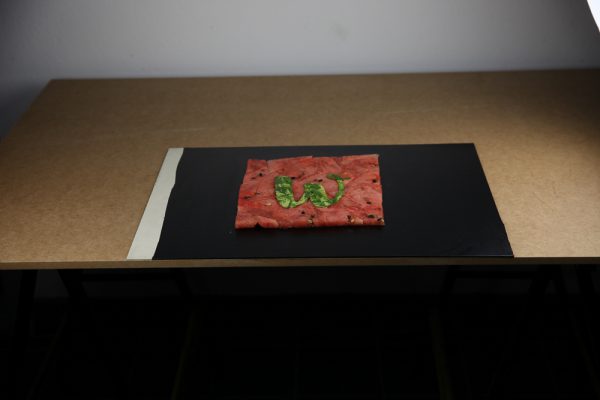 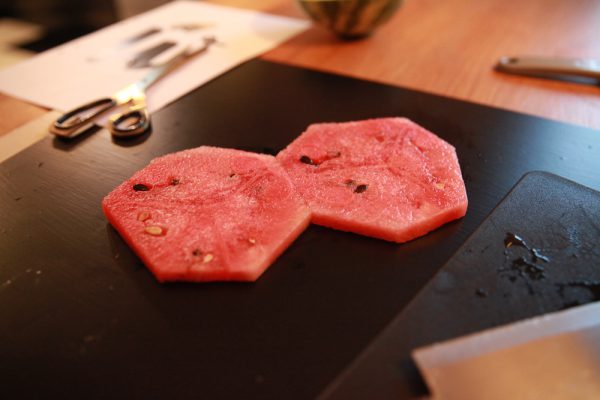 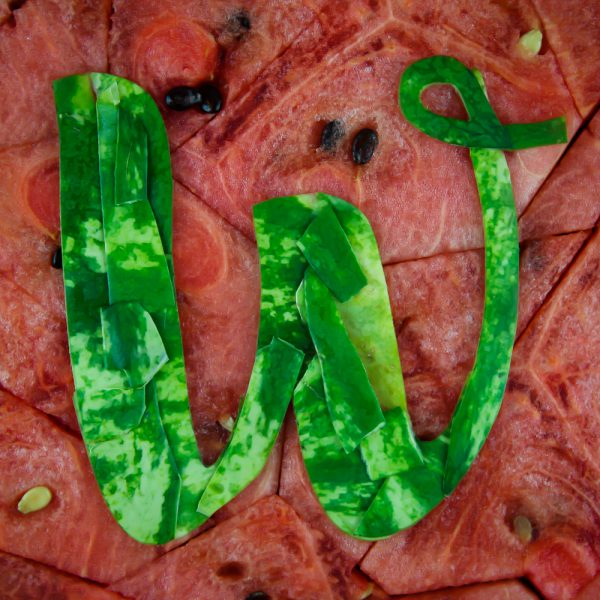 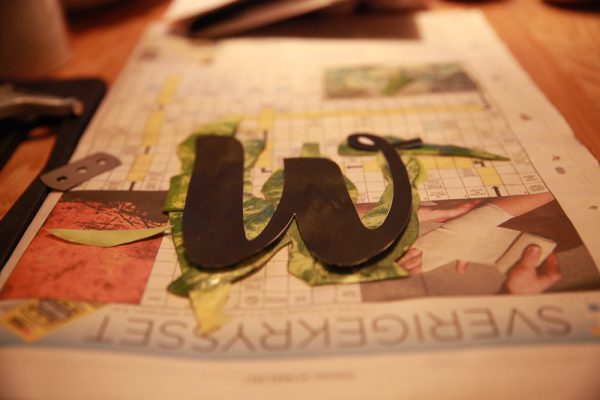