Mozzarella is one of the most well known and loved cheeses from Italy, learn all about this great cheese and how to use it. There is also a great and simple recipe to go with it.

So what is Mozzarella? To me it’s one of those great cheeses from Italy that you can’t get enough of. But there are plenty to learn about this great cheese. Let’s dig a little bit deeper and end things up with a great recipe that you will love.

Mozzarella is a fresh usually white or light yellow semi soft cheese. It is most often sold in ball shapes that are slightly smaller than a tennis ball. The cheese is sold in brine in plastic bags. There are also varieties that are a bit more dry and that is sold without liquid, then the cheese can also be sold in other shapes and even be grated.

The mozzarella is traditionally eaten within a day or two after production. But with modern technique and different varieties the cheese can keep from a few day for the fresh brined variety and for months when it comes to the dry kinds of mozzarella.

The Flavor of Mozzarella 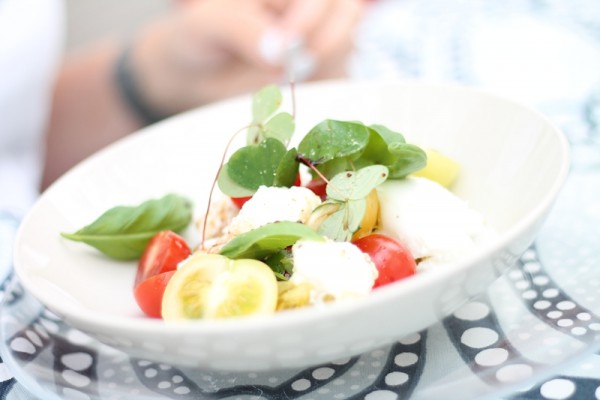 The word mozzarella comes from a dialect spoken in Napoli, Campania. It is said to come from the word mozza which means cut. This is because the cheese is cut into pieces during production.

How mozzarella is made

First a whey starter is added to the buffalo or cow milk, the starter which comes from the previous batch of mozzarella contains thermophilic bacteria. With this added the bacteria is left to multiply, then rennet is added and this is what makes the milk coagulate. Once the milk is coagulated the cheese is cut up and left to heal, this means that the cheese curds gets firmer.

Then the curds are cut again and the curds are heated and the whey is separated. Then the curd is left again and it forms a solid mass. During this process the ph level of the curd has also dropped to a level of 5.2-5.5, this is when the cheese can be kneaded and stretched into shape and also what gives the cheese its stringy texture. The process is called pasta filata in Italian. Usually the cheese is submerged in hot water or whey when this stretching and kneading is done. Then the cheese is packed in water or whey if it is sold in groceries. 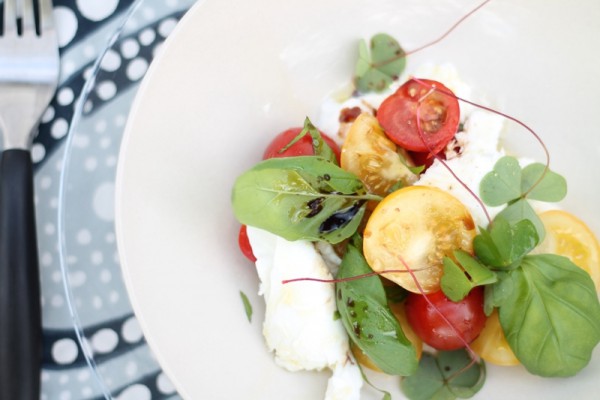 Rules and regulation on mozzarella

But most of the mozzarella you’ll find in stores are made using cow’s milk, to be allowed to be called mozzarella within the European Union the cheese has to be produced using a traditional recipe but it does not specify what sort of milk that is used or where the milk comes from. Similar rules apply in the US so there is American made mozzarella available as well. 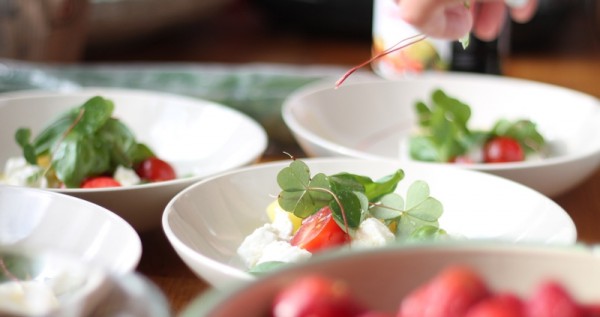 How to use mozzarella

Mozzarella is one of my favorite cheeses, mostly because it is so different from most other kinds. The dry varieties of mozzarella sold vacuum packed or grated is not really a much of a taste experience. It’s fine to use for lasagna or pizza but it doesn’t really add anything than most other types of cheese do.

What you need to do is to go for the mozzarella in bags and preferably the original Mozzarella di Bufala Campana. This one is more expensive, usually about double the price of the cow’s milk varieties but it is so worth it. I do buy the cheaper versions sometimes but then I usually add to heated dishes, like extra cheese on a pizza.

Mozzarella di Bufala Campana works best with simple ingredients, the go to dish is of course the Caprese Salad that is made using tomatoes, basil, mozzarella and olive oil. This is a salad that is easy to put your own twist to, add nuts, other vegetables, charcuterie. Most things that work for antipasti or tapas usually pairs well with mozzarella. To get you started there is a simple Caprese recipe in the end of this post. There I added some wood sorrel to put a twist on the recipe. 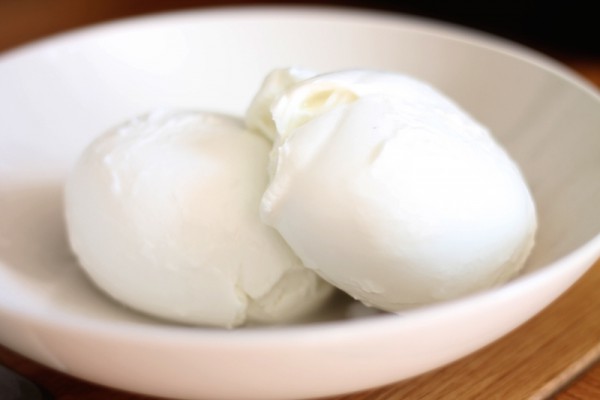 If you really want to take things to the next level you can try Burrata. This is for those foodies who are used to eating Mozzarella di Bufala Campana but want to try something even greater. Burrata is a mozzarella that is filled with cream. The outside is cow’s milk mozzarella and the inside is stracciatella and cream. Since this is a very fresh variety of Mozzarella the shelf life is very short and the price is even higher. But believe me, it’s worth it.

Burrata have been a staple at many restaurants and it’s almost impossible to not see it once you step into a produce driven restaurant. So chances are you’ve already tried it. If not make sure you do the next chance you’ll get. Now let’s check out one of my favorite mozzarella recipes.

Pull the mozzarella into bite size pieces, cut the tomatoes in smaller pieces. Add the mozzarella and tomatoes to plates and add leaves of basil and wood sorrel on top. Drizzle with olive oil and balsamic vinegar. Season with salt and pepper and serve. 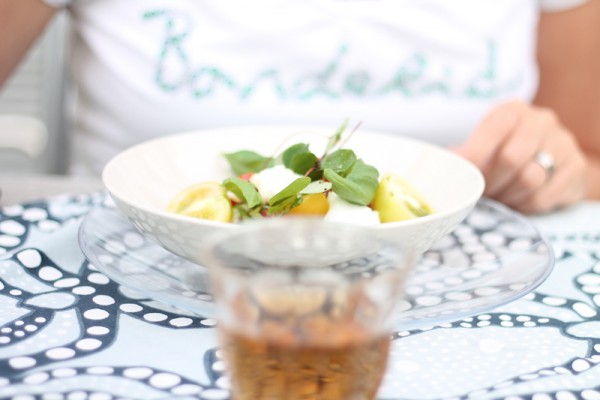