Toast Skagen is a Swedish classic appetizer, learn how to master it at home.

Toast Skagen is likely one of the most common appetizers ever in Sweden. It is a very simple dish which consists of a toast pan fried in butter, homemade mayonnaise that is combined with fresh shrimps and some dill and lemon.

Now there are many variations of this dish, originally it was invented by Swedish restaurant legend Tore Wretman in the 1950´s. It is not entirely clear on the exact ingredients that Tore Wretman used but most sources says it’s only toast, shrimps, mayonnaise, dill and then the toast is topped with some bleak roe.

Sad thing today is that if you visit a restaurant that is not great you can find all sorts of stuff mixed into mayonnaise and then sold under the name Toast Skagen. There is also Skagen sold in plastic jars in supermarkets, you should probably stay away from those as well. 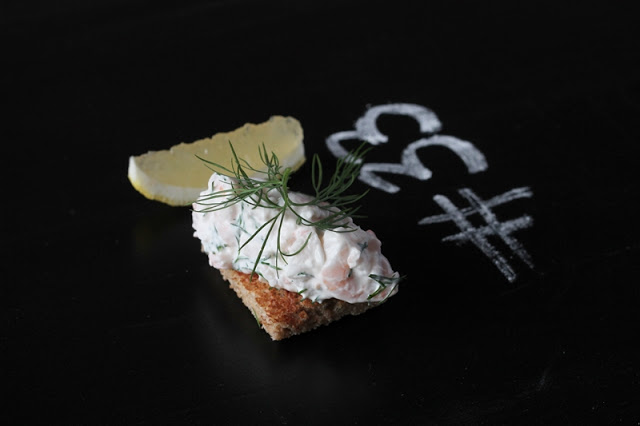 But Toast Skagen is a great dish if it’s done right, and by right we don’t mean you have to follow the original recipe, it is ok to make things better or adjust to your own taste. So if you’re not making it yourself make sure to visit a good restaurant to eat it. They most likely will have adjusted to their own style but if it’s a good place they will only have made it different, not worse.

Another fun fact about Toast Skagen is that Skagen is a place in northern Denmark, some stories claims that Tore Wretman was in Skagen sailing when he invented the dish but we feel super sceptical about those claims. Tore Wretman was known to name dishes after places to make them sound better, they knew how to market stuff in the 50’s as well I guess.

So let’s get cooking, I have put a twist to my recipe as well with some freshly grated horseradish. Also in my photos there is no bleak roe, if you have it you should use it but it can be excluded. When it comes to the mayonnaise you can of course make your own but it will taste good if you buy a good one as well, just make sure it’s not low fat.

Roughly chop the shrimps and dill, add mayonnaise and combine. Season with horseradish, lemon, salt and pepper. Toast the bread, cut some wedges of lemon, put the skagen on the toast, garnish with dill and lemon. 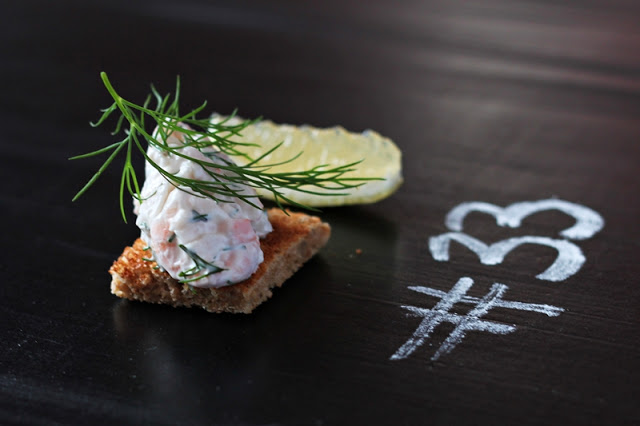