The tacos keep coming at Ateriet. Try our recipe for a Beef Taco with Japanese soy, fresh ginger, homemade pickled cucumber and onions and some fresh cilantro.

Beef taco with japanese soy, ginger, some nice homemade pickles, a dash or sour cream, some hot sauce and fresh cilantro. You will want to eat this taco.

As usual I’ll go through each part of this taco starting with everything that is put on it and a separate recipe for those toppings that need it. But before we begin just a quick note on the tortilla. I’m using a homemade corn tortilla. I highly recommend you trying to make your own tortillas, it’s not hard and I have a full recipe for tortillas here. That recipe works great for both regular corn tortillas or blue corn tortillas.

But I’m not being snobby about this, if you rather buy your tortillas or use wheat tortillas I’m not judging, just make it work for you. Now let’s make some tacos. The recipe below is for just one taco so double up as much as you want. 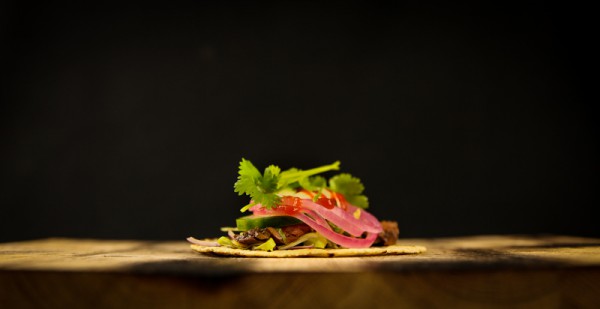 So a few words on this taco. It comes with some Japanese flavoring in the meat. It’s just seared beef which is then marinated in fresh ginger, cilantro and Japanese soy. To go with it is the cabbage salad and two kinds of very simple and delicious home made pickles.

To top things off there is some sour cream, sriracha and some fresh cilantro. I wanted to make this a crunchy and fresh taco with a bit of heat. Now let’s look at some of the recipes for the individual parts of the taco. 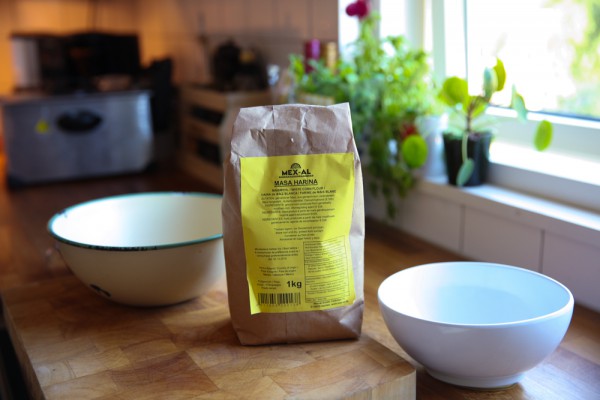 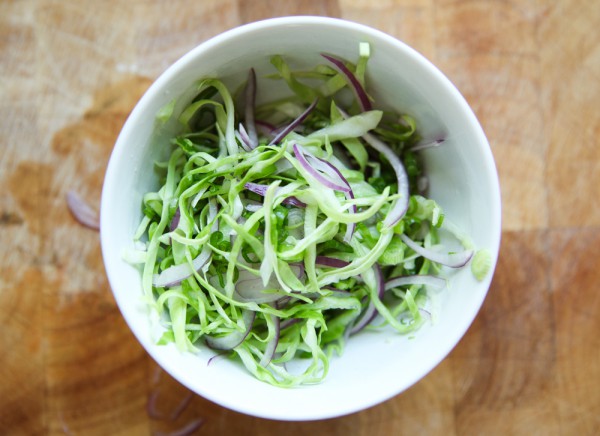 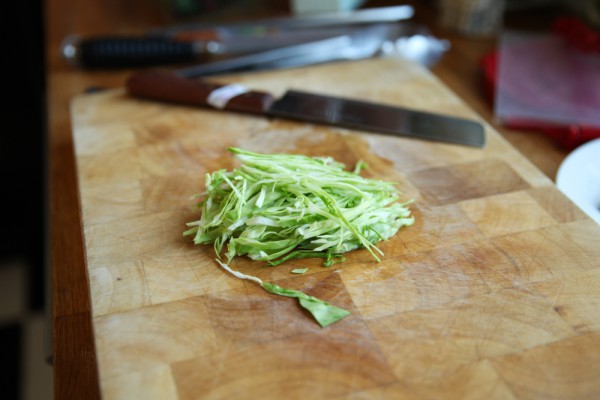 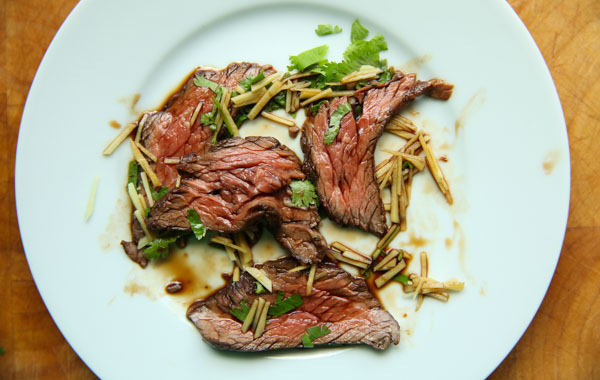 Meat is always great for tacos and there are plenty of things to choose from out there. One of my favorites is a slice of sirloin. Usually it is reasonably priced and available in most shops. It’s also quick to cook which is a good thing, you don’t always have the time to get started on those eight hour ribs.

Now I’m not sure how many tacos you usually eat but I often end up at around 3-4. But that is for rather small tacos which mean that you don’t need that much meat. So a normal sized slice of sirloin is about 200g / 7 oz which and that is enough for at least four tacos, often more. So when you calculate on meat you can use slightly less than what you would serve if it was a sirloin for a normal meal. 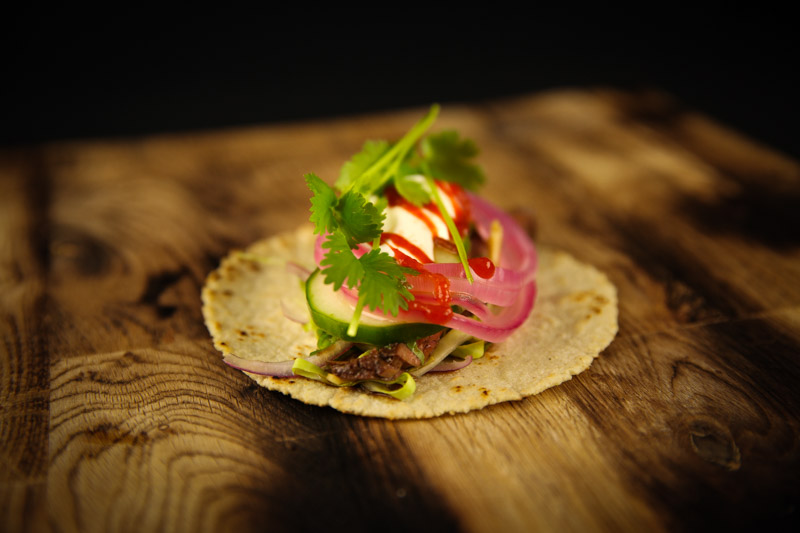 What I do then is to simply season it with salt and pepper and either grill it or sear it in some oil and or butter. The perfect taco steak for me is between medium and medium rare. Then leave the steak to rest for at least 5-10 minutes and the slice thin. Once you’ve cooked and sliced the meat it’s time to marinate.

Just peel and slice the ginger and cut it into thin strips, chop the cilantro and add the Japanese soy. Add it all to the meat and leave to rest for about 10-20 minutes. Done. If you want to prepare the meat in advance you can leave it for up to one hour and then gently reheat it before serving.

This will give you a quick pickle flavor and texture that is amazing. 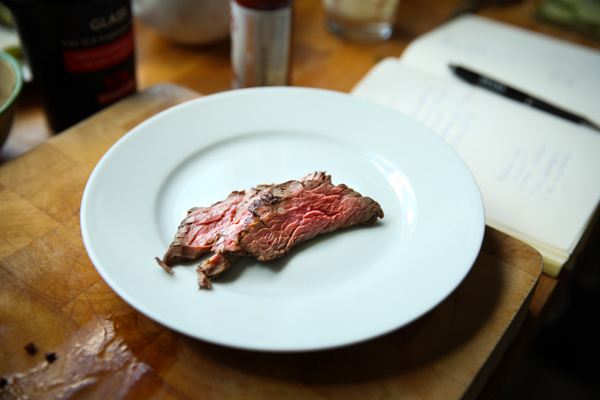 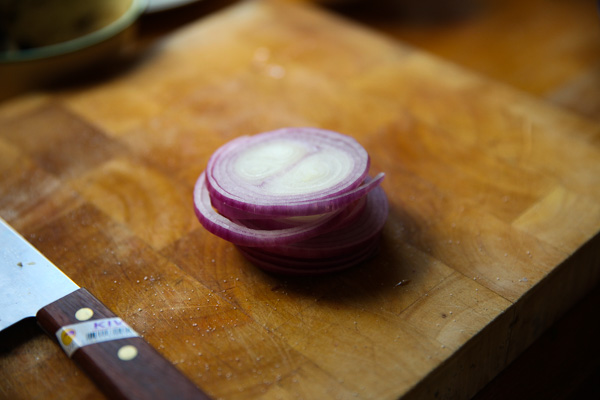 Lift out the onion out of the pot and put them in the mason jar, pour over the liquid so all the onions are covered. Close the lid. The onion is ready to serve once it’s cold. You can leave it to cool for the first hour or so at room temperature, then move it to the fridge. 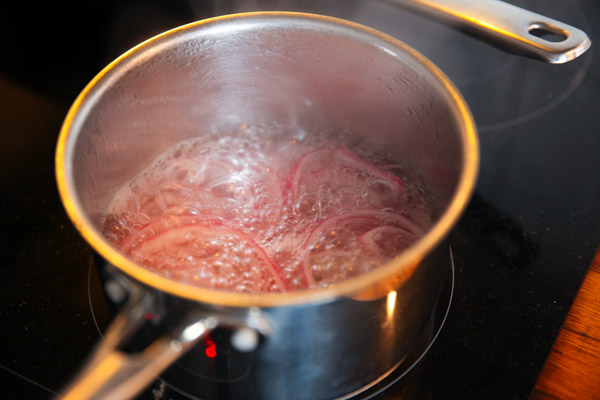 About Tacos at Ateriet

I love tacos. This means I keep making tacos and eating them and also posting them here for everyone who shares this love. I try to step away from the classic tex mex stuff and creating sort of my own twist on things. This is not easy in the world of tacos but that is part of the fun, for all tacos at Ateriet you can check the tag The Taco Gringo, eventually these will be posted on a separate site dedicated to only tacos as well.