Try this great Charred avocado taco with beef and Greek Feta cheese. It’s time to take you taco game to the next level.

So time for a new taco, this time I’m doing a Charred avocado taco with beef and feta cheese. There is also some fresh sliced scallions, chillies and soy sauce to go with it. All sitting on top of a homemade Blue corn tortilla.

But I’m not being snobby about this, if you rather buy your tortillas or use wheat tortillas I’m not judging, just make it work for you. Now let’s make some tacos. 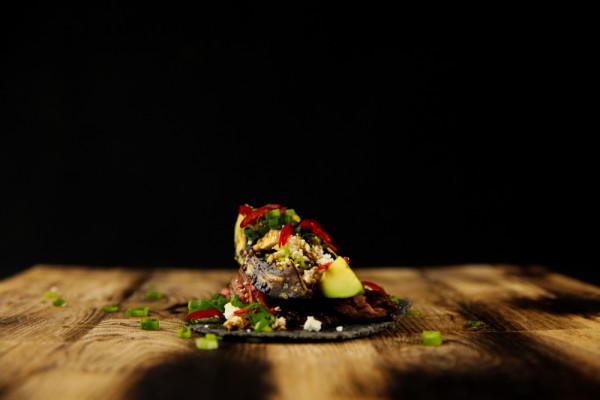 The avocado and beef have recipes on their own below, the rest is simple. The feta cheese just need to be crumbled, I usually do this by simply crushing it with a fork. Slice the scallion in thin slices. Deseed the red chili and cut it in half lengthwise. Then slice thin. The soy sauce comes straight out of the bottle. Then it’s time to assemble the taco, let’s do it.

First start with a warm tortilla, then add the sliced beef and top that with two wedges of the charred avocado. Add the crumbled feta cheese, sliced scallion and chopped red chili, finish the whole thing off with a dash of Japanese soy sauce. You’ve just made a charred avocado taco. You can see how it’s done in the video below.

Meat is always great for tacos and there are plenty of things to choose from out there. One of my favorites is a slice of sirloin. Usually it is reasonably priced and available in most shops. It’s also quick to cook which is a good thing, you don’t always have the time to get started on those eight hour ribs.

Now I’m not sure how many tacos you usually eat but I often end up at around 3-4. But that is for rather small tacos which mean that you don’t need that much meat. So a normal sized slice of sirloin is about 200g / 7 oz which and that is enough for at least four tacos, often more. So when you calculate on meat you can use slightly less than what you would serve if it was a sirloin for a normal meal. 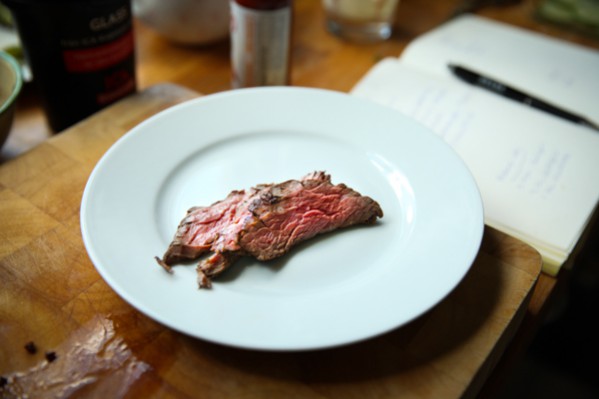 What I do then is to simply season it with salt and pepper and either grill it or sear it in some oil and or butter. The perfect taco steak for me is between medium and medium rare. Then leave the steak to rest for at least 5-10 minutes and the slice thin.

Oh, it doesn’t need to be sirloin either. All you need is a similar cut that is tender enough to put in a taco without being chewy. A tenderloin, flank steak or why not a ribeye. They all work great as long as the quality is good.

One last thing before we leave the meat part of this taco. You can of course add any flavors you like. Let it cook in a pan with a barbecue sauce the last few seconds, chop it up and marinate, brush it with a glaze, top with herbs. There are so many great things you can do with a piece of good meat with essentially the same cooking technique. That way you’ll never run out of flavor options for the taco. 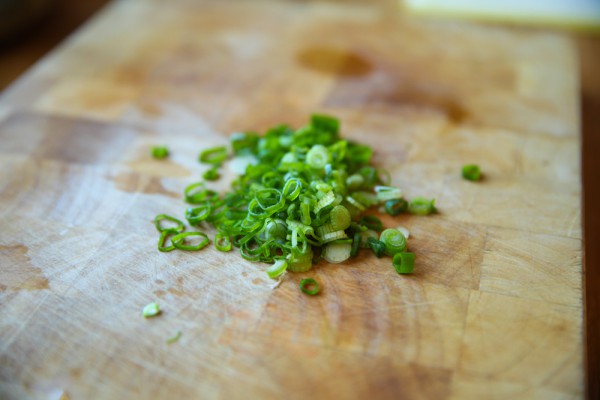 So avocado, the classic thing to put on any taco. Usually it comes in the guacamole but it is also delicious on its own. But now we are about to grill or charr the avocado. A truly great way to use this fatty fruit/vegetable/nut or whatever it is.

You’ll need a firm but ripe avocado and a torch, the kind you use for Creme Brulee. Cut the avocado in half and remove the pit. Then remove the skin using a spoon. Cut each half in wedges. About 8 for one avocado but you can make them bigger or smaller. 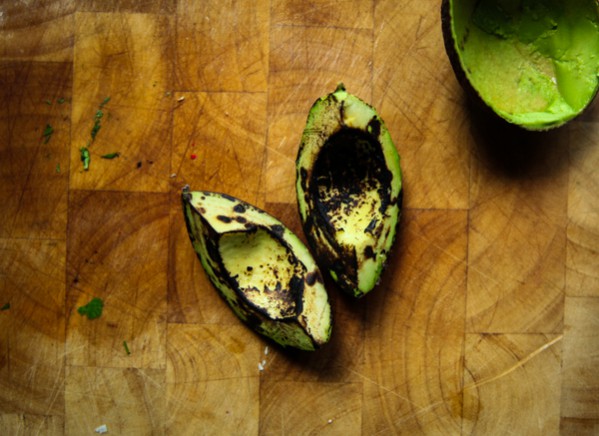 Then simply char the avocados with the torch until they are almost blackened. This takes only seconds but it works wonders. First it gives it a slight warmth and the meat closest to the edges get all mushy and get a smoky aroma, all in a good way. It also looks really cool. Then season the avocado with a little bit of salt and a few drops of olive oil and they are ready to serve.

If you don’t own a torch you can charr the avocados in a dry pan, turn up the heat and brush the sides of the avocado with a little bit of oil. The sear them on both sides for about ten seconds. This will get you almost the same result, usually a little less smoky flavor but it’s still great. 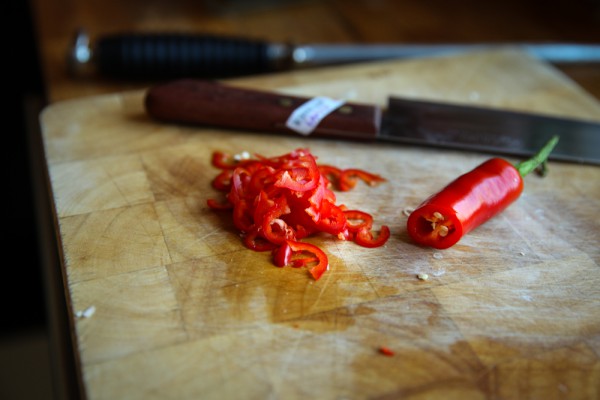 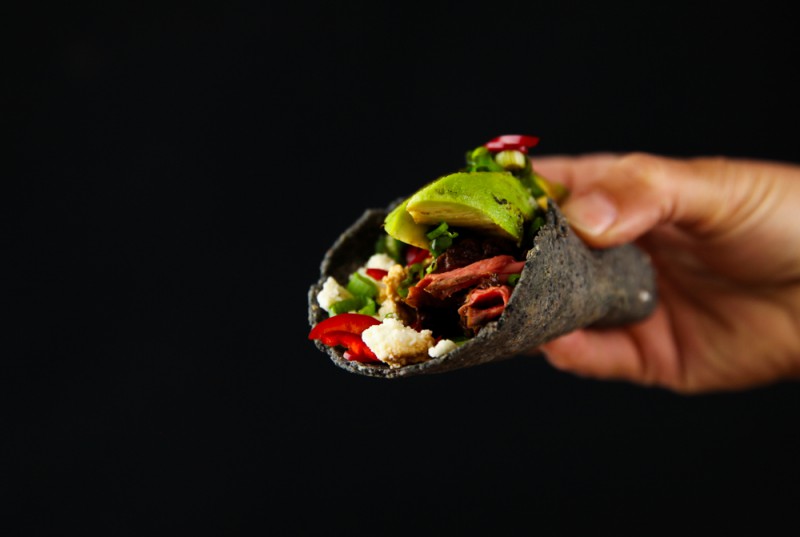 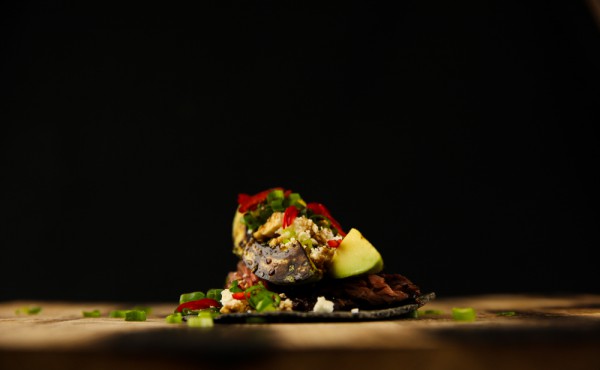 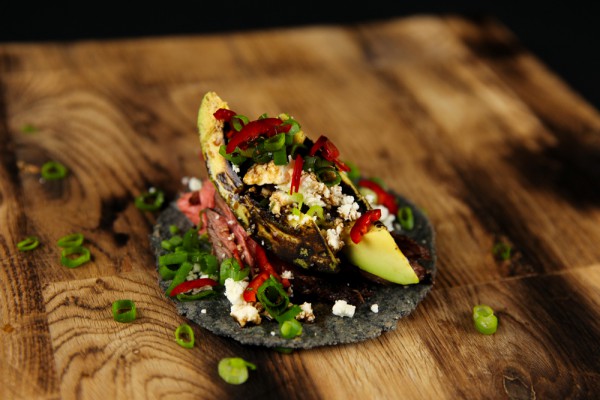 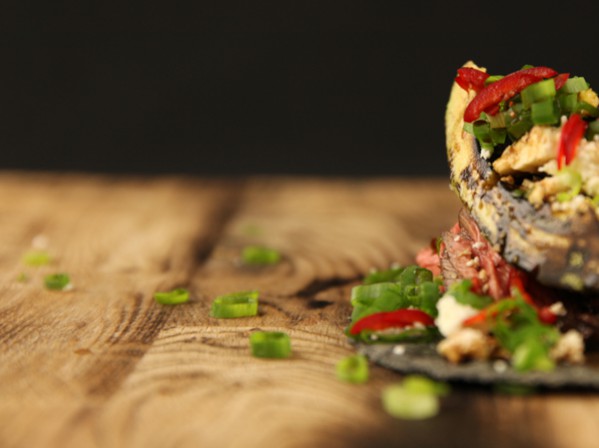