Try this recipe for Donut Holes with cinnamon, applesauce with vanilla beans and vanilla ice cream. You’ll thank me later.

Donut holes with cinnamon, applesauce and vanilla ice cream, not a bad thing to serve on a saturday night, or any night for that matter. This weekend I happened to invest in a deep fryer. I’ve been wanting one for some time but haven’t gotten around to actually buying one but out of chance I went to a store where you won’t expect to find a deep fryer and ran into one. So I’m calling this faith. 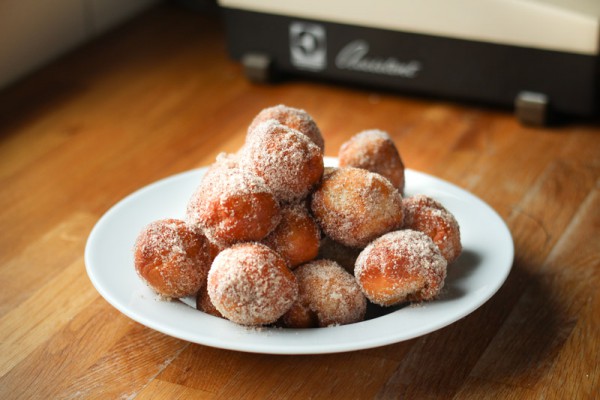 When you get a deep fryer you have two choices of things to make with it first. French fries or donuts. Now I made both of these before but only using a pot on the stove and when you can’t really control the temperature the way you would like. But now, with a cheap but fully functioning deep fryer and people already invited for dinner I felt that donuts or donut holes would be the best choice. Also that’s what my wife wanted so that made the decision way easier. 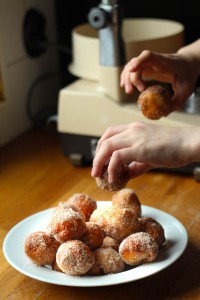 Then the decision came to whether I should make donut holes or regular donuts. This was much easier. I love them both but I think donuts work better with icing and to be served at room temperature. Donut holes feels more like a dessert for me so I decided on those.

Now enough about my shopping of deep fryers and deciding on what to eat, let’s start cooking.

I found this recipe online but I did alter it a little bit. It turned out great but I will keep on trying different alternatives. It is a sweet dough with fresh yeast and milk. Actually very similar to the dough used for Swedish cinnamon rolls. I use fresh Swedish yeast but I don’t think I ever baked outside the country so I am assuming that yeast works the same way all over the world.

Serves 8 as a dessert

Let’s start with the serving, I served five donut holes for each plate even though that is not what is in my picture. I intended to serve it like in the photos but I simply had too much donut holes so I made a huge serving instead. And there were seconds. So it will easily serve more than eight if you’re not big eaters.

Before we start with the holes we will make the apple sauce, I served it at room temperature but cold works too. You can of course make this a day or two in advance if you want to be prepared. 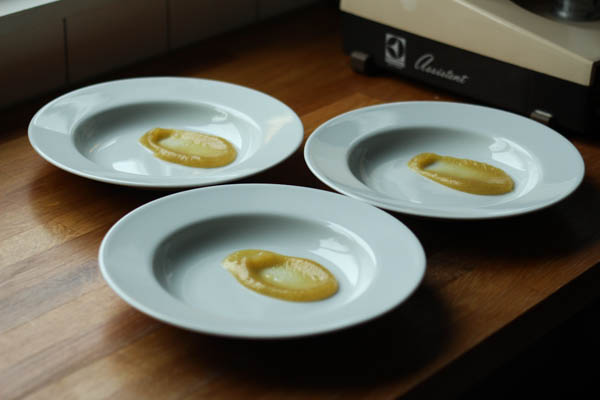 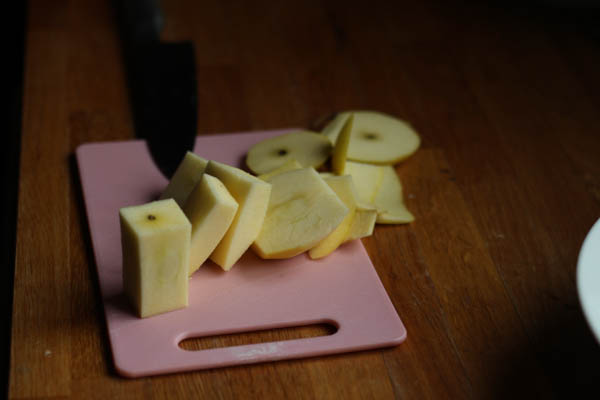 Blend the apples in a blender or with a handheld mixer until smooth, leave to cool. 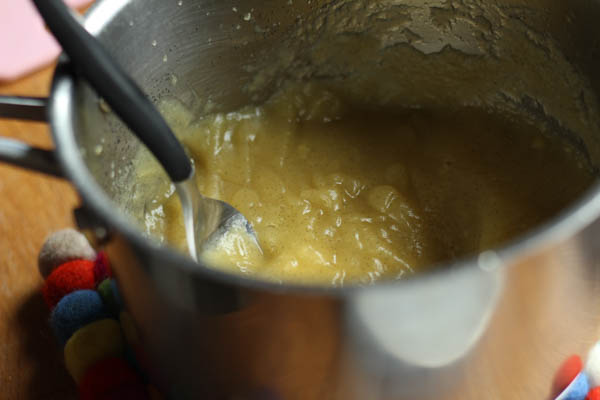 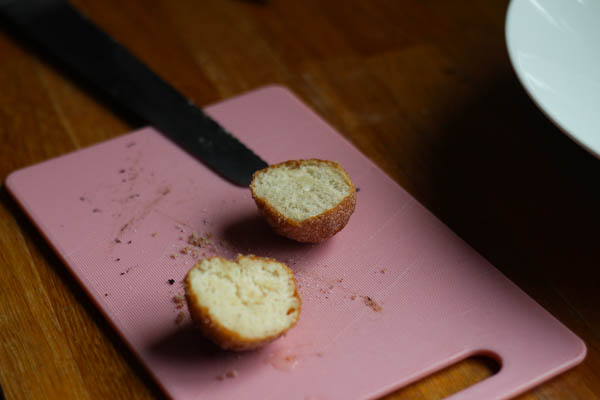 For coating the donut holes

Melt the butter in a pot and then add the milk and remove from the stove. The milk and butter should be no hotter than body temperature. Combine all the ingredients and knead in a Kitchen Aid or similar for about ten minutes. If you don’t have one you can of course knead it by hand, in that case knead it for about twenty minutes. Consider that your daily workout and skip the gym. 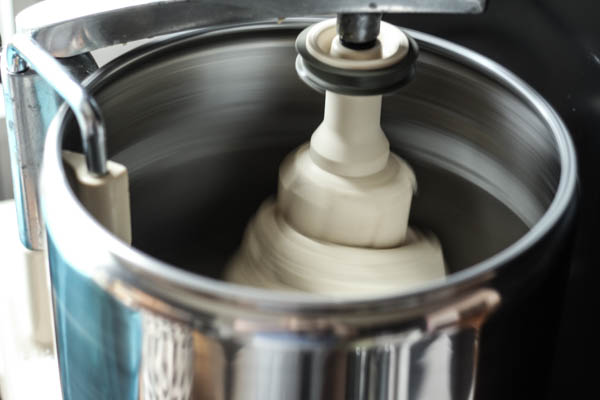 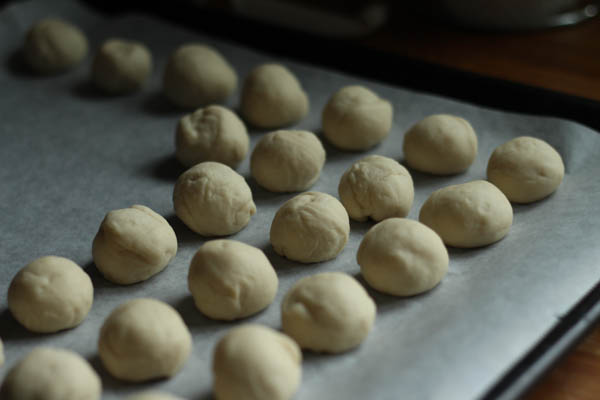 Heat your deep fryer to 170 degrees celsius / 350 degrees fahrenheit and deep fry until golden. The donut holes will float so you have to turn them while they cook. 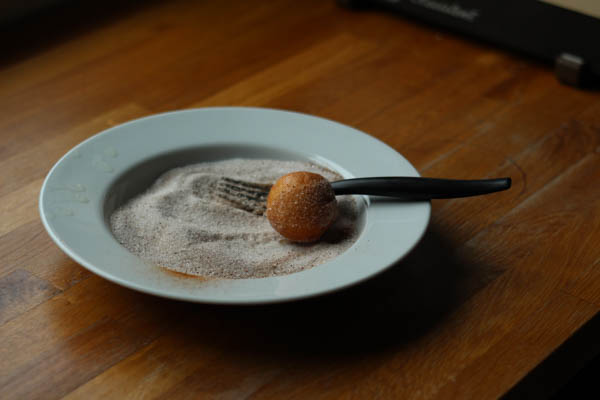 I used a deep plate for this but a flat will work too. I prepared with the applesauce and then place the donut holes and last the ice cream.

If you are feeling very ambitious you can make your own ice cream but I think making your own applesauce and donut holes is setting the bar high enough.

As I mentioned earlier so was this my first try making donut holes in this fryer, I will return and come back for more. I can’t wait to pair donuts with other stuff like rhubarb, plums and strawberries. And I haven’t even started on the regular donuts yet. Guess I’ll need to cut back on other sweets or pick up on that running again if I’m gonna keep this up…. 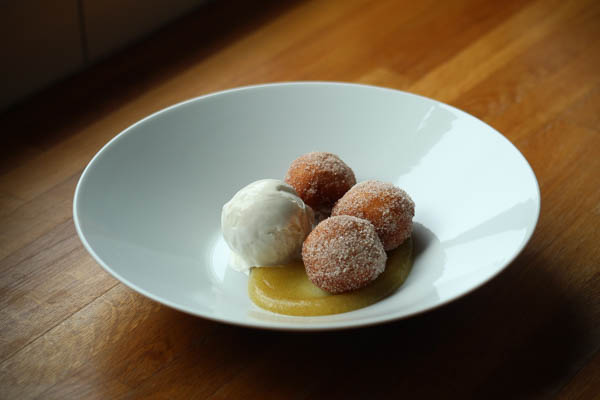 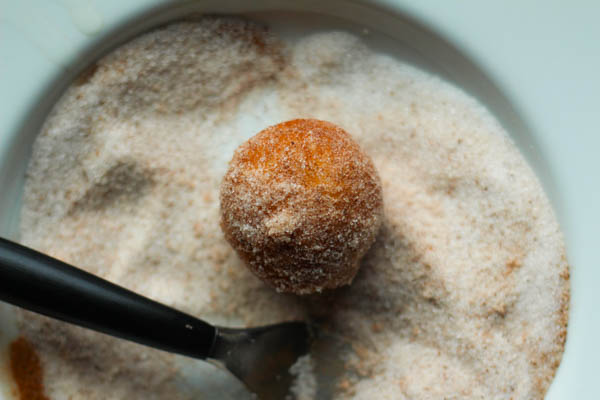 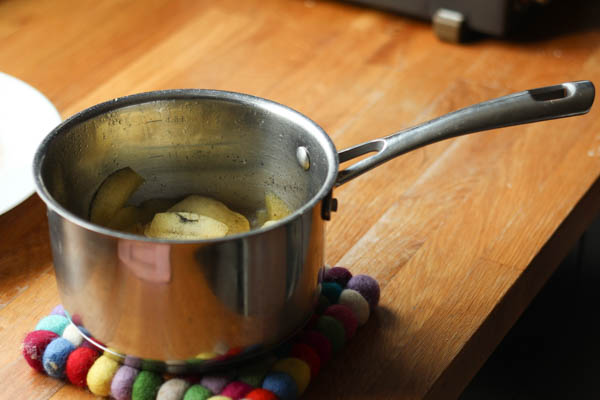 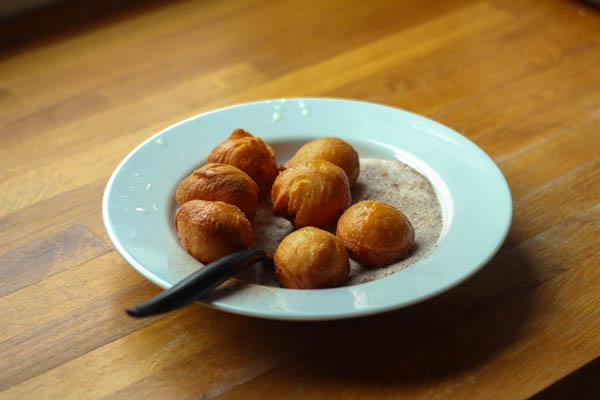 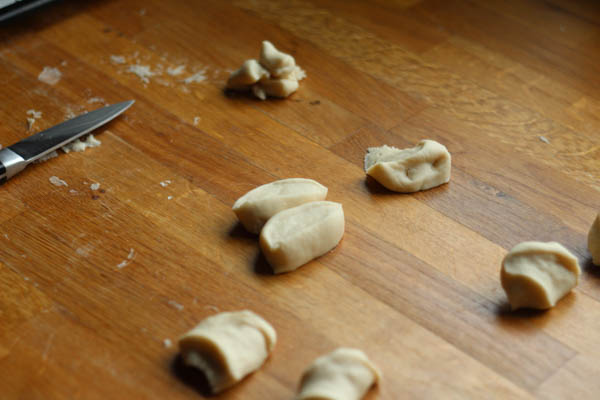 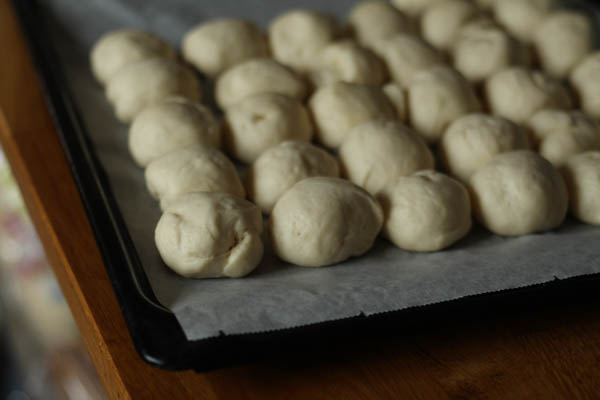