Time for a new letter, this time it’s S is for Spaghetti and I did have to struggle with this one, see how it was made.

Time for S is for Spaghetti, this one was planned since a while ago. The idea to simply shape a bunch of boiled spaghettis into an S was one I got pretty early into this project. But since I am posting these letters in the right order I had to wait for a while before it could be made. 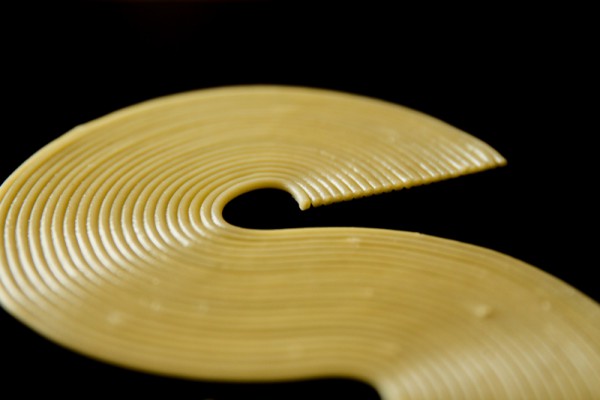 Well not much to decide on here. Spaghetti was really the only option that I considered. But there are lots of other stuff that could have worked great like salmon, salad, salt and sausages. To bad those don’t come with an X in the beginning. 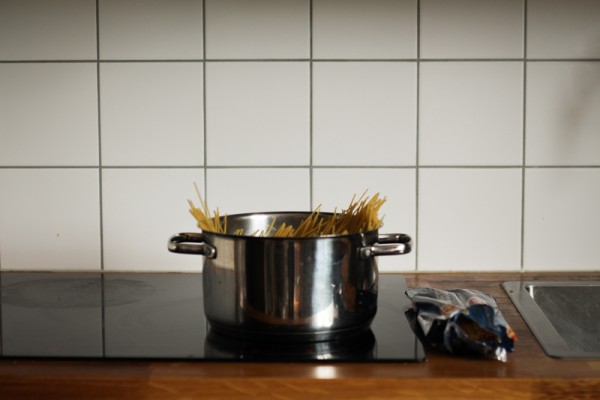 Choosing the font for S is for Spaghetti

The font was a bit tricky. Since I placed each spaghetti next to the other I wanted a font that has the same thickness from beginning to end. As it turns out very few S’s look like that. So I googled an image and printed it. Then I cut it out to get a decent shape to start with. 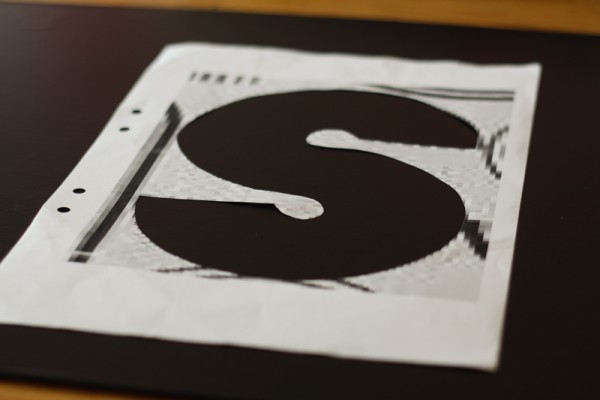 Making the S is for Spaghetti

Then things got trickier. First I boiled the pasta, so far no problems. I rinsed it cold and let it dry off a little bit. Then I wanted to both make the pasta stick slightly to my background but I also needed something that I could use as a template.

A glue stick was the answer. I used the template and glued the S on the inside of the template. That way I had something that would show me where to start placing the spaghetti and it would help hold it down, at least a little bit. 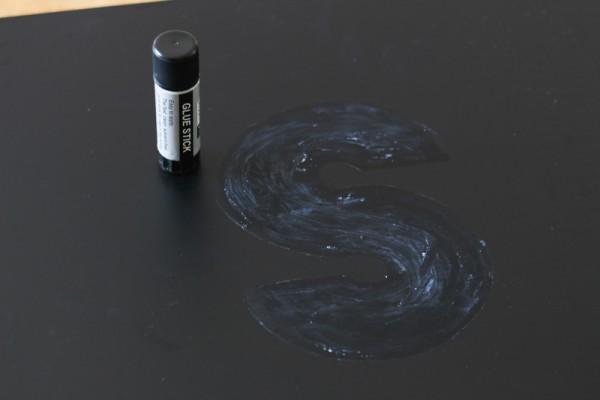 After that the tedious task of arranging the pasta began. I simply started from one side and then kept going. The spaghettis was not long enough to last the entire S so I had to put two together. That’s when I found out that spaghettis are not cut very straight which meant I had to cut every joint for it to look good.

After a while the spaghettis started to stick and I had to constantly wet my hands and carefully add each spaghetti to the S. That sucked. 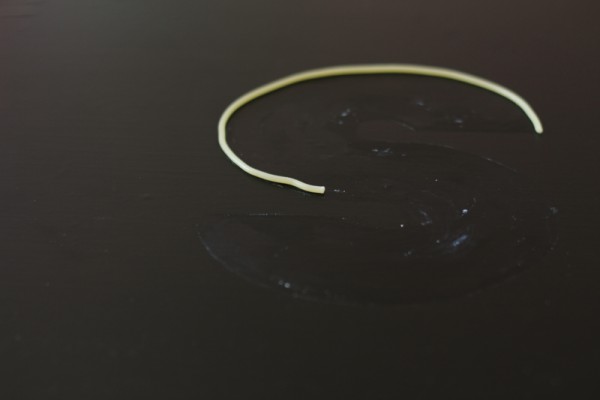 When the S was more or less done it looked kind of crap so I had to rearrange it a few times. I’m still not that happy with the shape of the S but the effect of all the spaghettis lined together look good. Something I might revisit in the future. The end parts of the S was cut after it was done to get the lines straight.

Then I just snapped a few photos and it was done. For the photos I used more or less the same setup as normal, to see what that is you can revisit any of the old letters in this series. 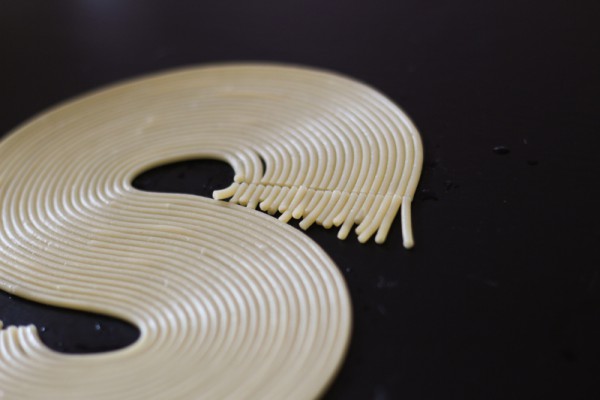 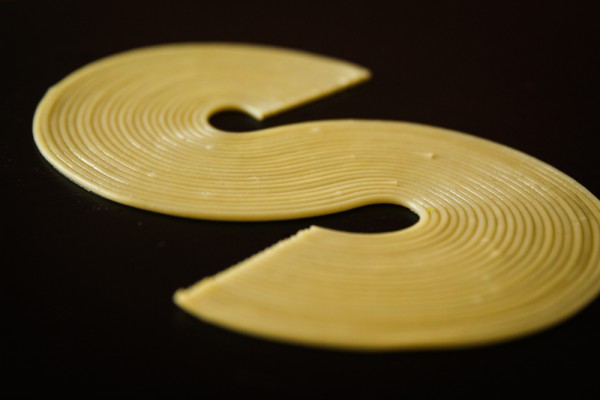 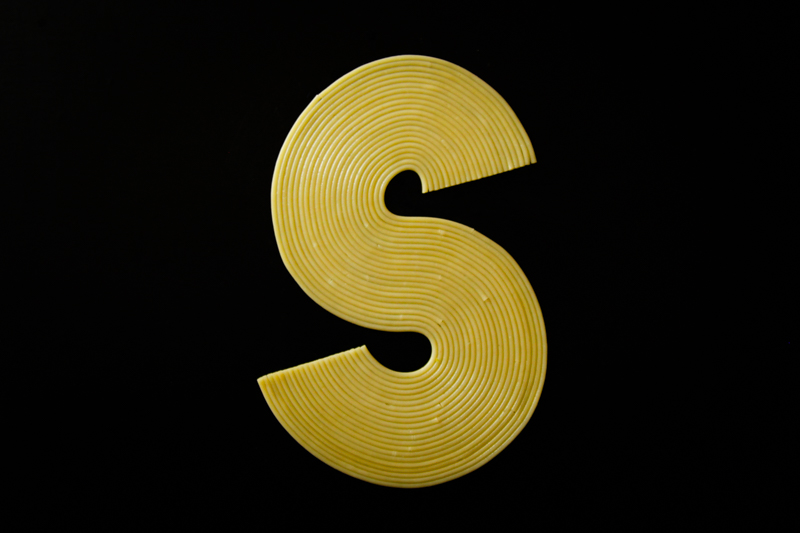 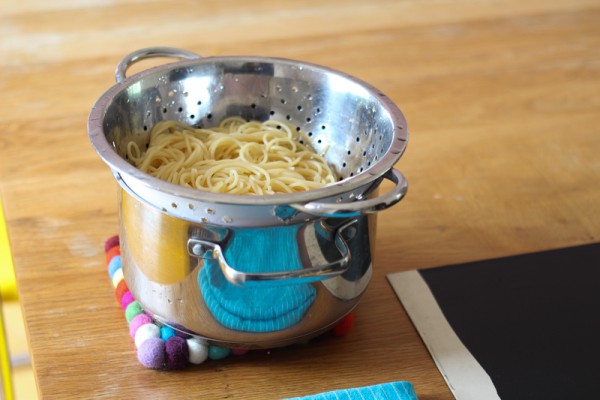 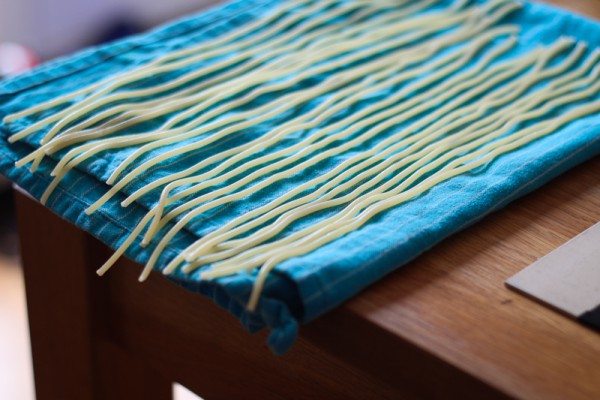 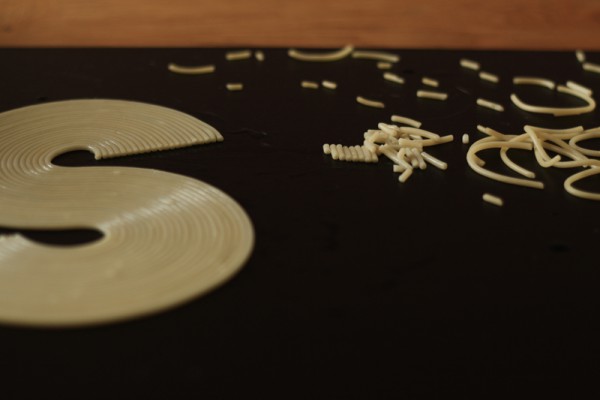