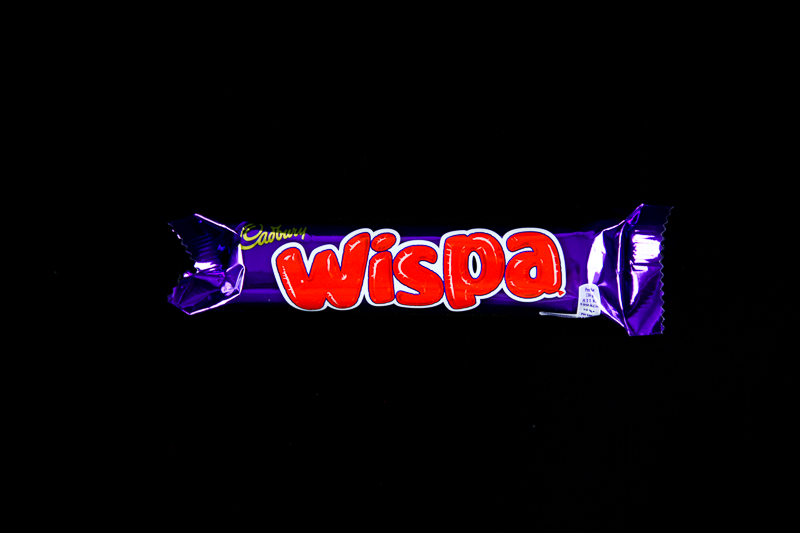 Let’s make the Wispa Taste Test, this British chocolate bar with tiny bubbles have plenty of fans in the United Kingdom, but are they right?

Time for the Wispa Taste Test. But as always before the eating begins let’s take a quick tour through history so that we all know what a Wispa is.

What is a Wispa Bar?

Wispa is a chocolate bar with tiny bubbles. Similar to the Aero bar or the Norwegian Stratos bar that I taste tested a while back. Wispa was first launched in north east England as a test in 1981. The test was a success and the bar was launched nationally in 1983.

Eventually the bar was taken off the market but fans of Wispa campaigned on the internet to get the bar back. In 2007 it made a comeback as a limited edition. The re-launch was a success and since 2008 the Wispa bar have been available in the United Kingdom.

The Wispa brand is owned by Cadbury which is in its turned owned by Mondelez International, formerly known as Kraft Foods. Cadbury is one of the largest confectionary producers in the world. 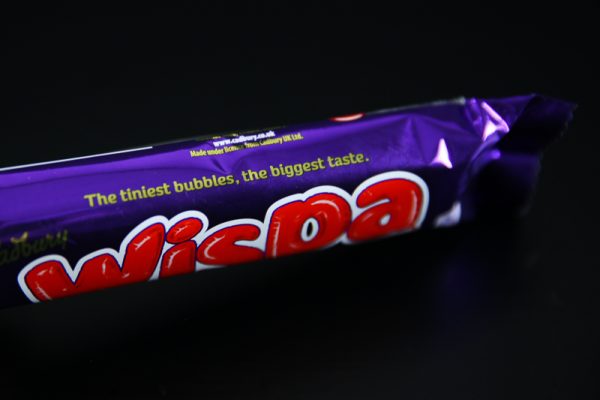 The packaging is simple. Plain blue with the red Wispa logo. Nothing special about it. It’s the same type of packaging that you see for most chocolate bars. Nothing wrong with that. 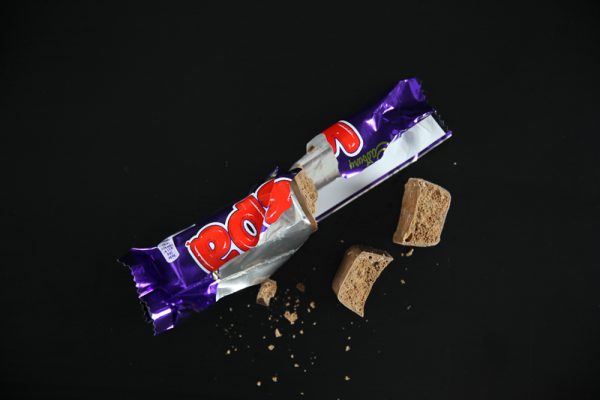 Like most low quality chocolate the ingredients rarely impresses. Nothing that stands out and nothing really great about it. It’s cheap milk chocolate so you get what you pay for.

No surprises, it’s plain not that great milk chocolate. Just like with the Stratos bar it’s all about the texture that is created by the holes. The bad thing here is that since the holes are much smaller than in the Stratos the effect isn’t as good. With bigger bubbles and better chocolate this could be great, now it’s just regular chocolate. 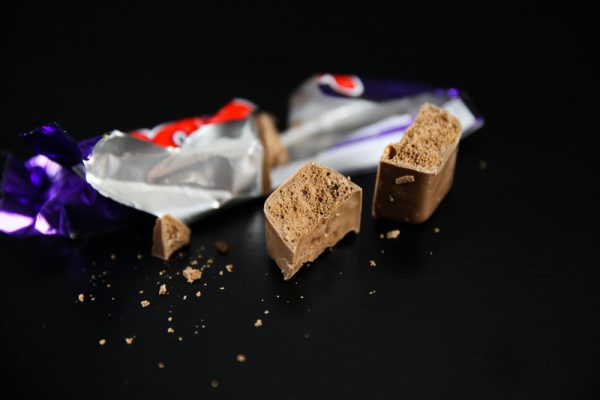 This is an ok product at best. I do think that the Wispa wins most of its fans due to the nostalgic factor. There are many much better bars out there. Not a great packaging, not a great chocolate. Still it’s about as good (or bad) as you can expect from a cheap plain chocolate bar so I will give it a 2 out of 5. 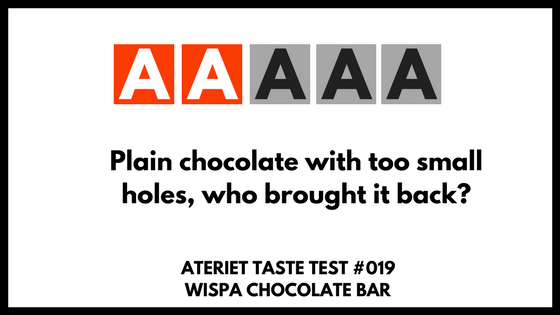