You may have heard of Roger Mooking from his restaurant Twist by Roger Mooking. Or maybe you’ve seen him as the host of the cooking show Man Fire Food or Everyday Exotic. Or you’ve listened to his music or cooked from one of his cookbooks. Either way I think we can agree that Roger Mooking is keeping himself busy. We got the chance to ask Roger Mooking a few questions about food memories, his style of cooking and how he combines his love of music and food. Keep reading.

Roger Mooking was born into a food and music loving family in Trinidad & Tobago and was raised in Edmonton, Canada. When Roger was 15 years old he got his first job in a kitchen. Around the same time Roger started to pursue his love of music and all of a sudden he was moving back and forth between a career as a Chef and a career in music. After trying to manage these two parallel careers for a while Roger figured out that music and restaurants are all just entertainment. There is no need to chose, I’m in the entertainment industry. Since then Roger Mooking have been going full speed in all his projects, no matter if it was music or food.

Today Roger Mooking is the executive Chef at Twist by Roger Mooking at the Toronto International Airport. He’s the host of the Man Fire Food show on the Cooking Channel and Everyday Exotic, a judge on Chopped Canada and are trying spicy food with Aaron Sanchez on the show Heat Seekers. He has also released the cookbook Everyday Exotic. And that is just some of what Roger Mooking is up to when it comes to food, he is also still making music. With so many things going we had to take the chance to ask Roger Mooking some questions. 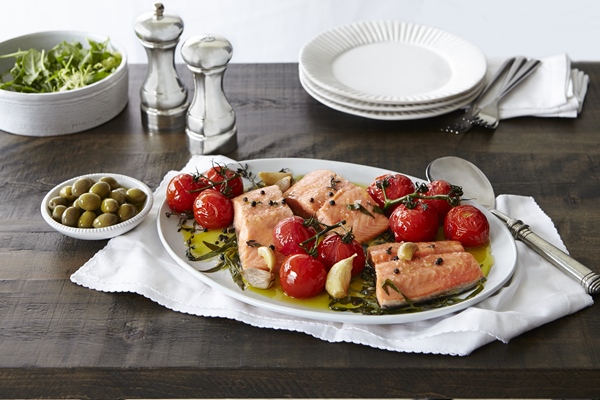 Have you always wanted to work with food?
I was always very interested in eating so learning to cook was the fastest way to get what I wanted.  Also, I was forever curious how delicious food ended up in various bowls and plates on our family table and I wanted to understand how those raw goodies we picked up in the market or on the side of the road in Trinidad became a meal.  So at 3 years old I was sure that I wanted to pursue a career in finding out how to satisfy that curiosity. I’m more intrigued every single day.

What’s you favourite food memory?
There are many but I remember going down by the beach at night in Tobago with my family, each one of us wielding a bucket; my dad had the flashlight.  We would climb onto the rocks bordering the beach in the dark of night lit only by the moon and when the time seemed right my dad would turn on the flashlight and all you could see were crabs scattering in every single direction.

All we had to do was bend down and drop our bucket and the crabs would practically run into our buckets.  Those crabs turned into the most delicious curry crab and dumplings (Tobago style) the next afternoon.  If I could draw, I could probably draw every single crevice in the rocks and the exact hue of the moonlight from memory…but I suck at drawing so I just stick to cooking them and trying to relive those moments. 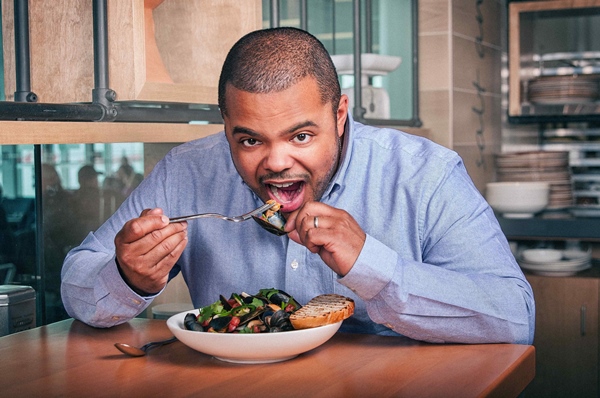 Do you have any favorite ingredients at the moment?
Gochujang is on my hit list at the moment. I nabbed it from the Chopped Canada pantry a while back and have been using it daily in Sandwiches, sauces, marinades, and anything else I can get my hands on.  I’m gonna have to go buy some soon because I’m running out. Good thing a little goes a long way. (Gochujang is a Korean fermented paste of red chili, rice, soybeans and salt. Editor’s note).

How would you describe your style of cooking?
Globally inspired food.  The key to cooking from all corners of the world is to keep it simple.  It is easy to do too much in a single dish and then nothing shines.  A few key, well executed calculated brush strokes makes for the best paintings that stand the test of time.  I believe Leonardo Da Vinci said “Simplicity is the ultimate form of sophistication,” I agree fully.

Do you think that you take any of your musical background with you to the culinary world?
The creative process is the same regardless of the craft, let me explain.  It begins with a kernel of an idea, an inspiration.  That inspiration is pondered or acted upon.  That initial action or thought is worked and reworked; this part of the process may go on for a very long time.  Once the idea is developed then it is assessed and re-assessed till the artist deems it worthy to share with the world.  Then it is presented and left for everyone to observe, enjoy and critique.  And in many ways the process starts all over again and if it is great it will elicit a reaction and inspire others to start their own process all over again, either from admiration or dislike – they are more similar than not actually.   This heart wrenching process is the same whether you are a painter, a musician, an architect, a mathematician, a writer or a chef.

If you had to choose what would it be, music or food?
There is one life, I entertain.  There is no choosing. 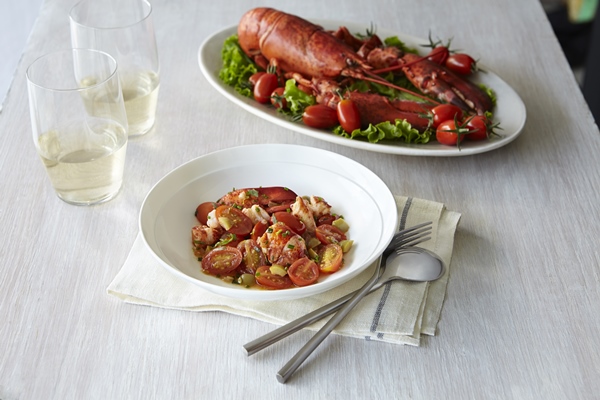 Working with food in television do you still think you keep learning about food as much as you would in your own kitchen?
Absolutely, food media has taught me many different aspects of food. There is the food for the mouth, food for the eyes, food for the nose, food for the hands. They may play out individually like in a picture or together like in a meal at a restaurant. The ambiance (lighting, music, comfort level of the seating) plays a significant role in our enjoyment of sensations on the palate. So being able to work in silos in detail has allowed me to understand the nuances of each aspect and bring a new light to the time that I am in the kitchen doing what real Chefs are celebrated for.

Got any plans for the near future you would like to share with us?
I hold my cards close until it’s time to share it with the world.  But yes, many many plans.  I’ve executed about 20 percent of what is in my brain, the conundrum is that this brain of keeps imagining more things and I’m not sure I will ever catch up – that is a beautiful thing though.  Striving is living.

Who do you think we should interview here at Ateriet?
The Swedish Chef from the Muppets.

Thank you Roger for your time and good luck in the future.

Ateriet.com have reached out to ABC Disney to be able to interview the Swedish Chef from the Muppets, so far nothing has been confirmed. 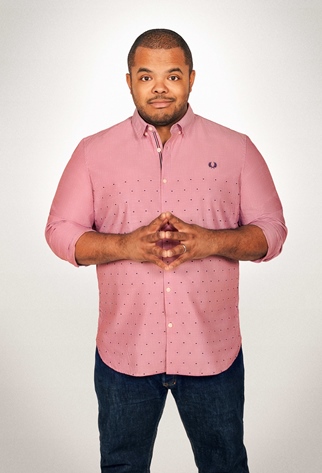 The photos of the food in this interview is made by Roger Mooking in collaboration with Sunset. Sunset is a company that specializes in Greenhouses and Greenhouse grown high quality vegetables. You can find more photos and the full recipes with instructions here. Confit Campari with Salmon and Angel Sweet Chopped Lobster.